She waited at the bottom of the sea for 1850 years! A rare bronze coin depicting the Roman goddess of the moon has just been discovered off the coast of Israel. This is the first time that a product of this type appears on the surface in such a state of preservation.

In July, the Maritime Archeology Unit of the Israel Antiquities Authority (IAA) discovered an exceptional Roman bronze coin during a precautionary excavation on the shores of the Mediterranean near Haifa in Israel. Struck 1850 years ago, during the reign of the Roman Emperor Antoninus Pius (138-161), it contains a rare depiction of the Moon Goddess and is in an excellent state of preservation. It complements the national collections of Israel, in whose numismatic collection there were no coins of this type.

For Jacob Sharvit, Director of the Maritime Archeology Division of the Israel Antiquities Authority, this is a remarkable find: “This is the first time such a coin has been found off the coast of Israel and is a rare addition to the collection of national treasures.” Dated with the inscription ” eighth year ”, meaning from the eighth year of the reign of Antoninus Pius, so this rare coin was struck between 144 and 145 AD. According to Lior Sandberg, a numismatics expert at the Israel Antiquities Authority, it originated in Alexandria, Egypt.

Its reverse shows the zodiac sign Cancer, which combines the crab symbol (cancer meaning “crab” in Latin) to the image of the Moon, the divine embodiment of the Moon in Roman mythology. Sister of the Sun god Sol, whose cult developed during the Imperial period, she is associated with Diana, goddess of the hunt and the Moon, and wears a crescent as an attribute. The object was part of a series of thirteen objects, twelve of which represented the signs of the zodiac and the thirteenth a complete zodiac wheel. 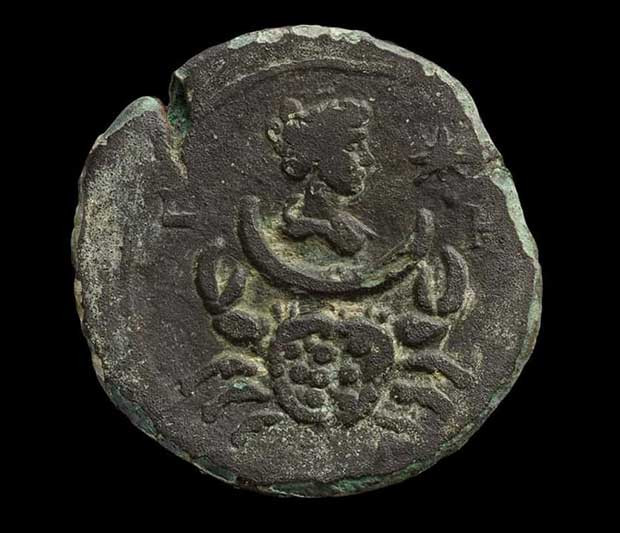 The reverse of the coin depicts the goddess of the moon Luna, as well as the symbol of the zodiac sign Cancer, bronze, 144-145 AD. AD © Dafna Gazit, Israel Antiquities Authority

According to Yakov Sharvit, “These fragments, which disappeared into the sea and were lost from sight for hundreds and thousands of years, are remarkably well preserved; some are extremely rare, and their discovery adds part of the historical mystery of the country’s past. »

Emperor Antoninus and the Pax Romana

The coin was minted during the reign of Antoninus Pius, who is considered one of the greatest emperors of the Roman Empire. He is one of the “Five Good Emperors” of the empire belonging to the Antonine dynasty. The reign of Antoninus Pius is considered the most successful of the dynasty to which he gave his name. He is the fourth emperor of the dynasty after Nerva (96-98), Trajan (98-117), Hadrian (117-138) and precedes the reign of Marcus Aurelius (161-180). After these five reigns without succession, the accession to the throne of Commodus, the son of Marcus Aurelius, who was considered by contemporaries and most historians to be one of the worst emperors of the Lower Empire, would mark the end of the dynasty. 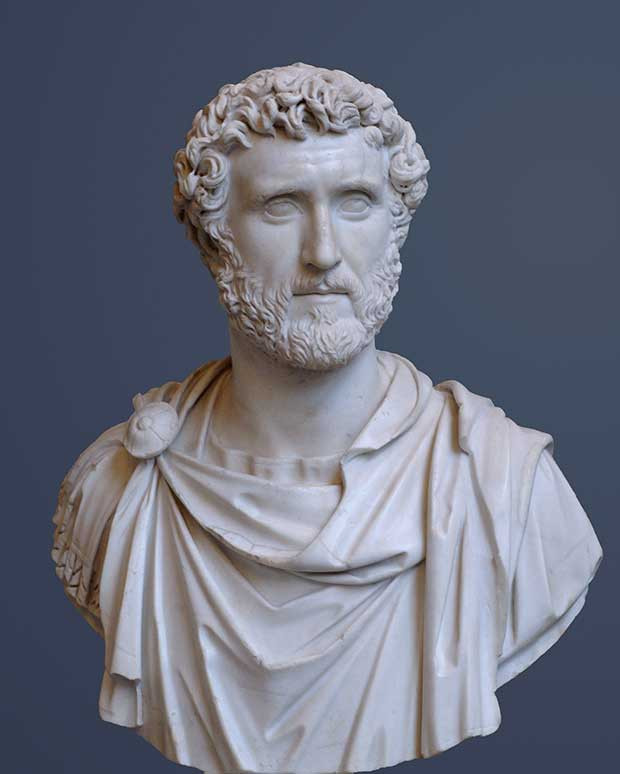 Antoninus Pius, unlike most other Roman emperors, was not a military man. He never left Rome to travel in the provinces. His reign is considered the pinnacle of the Pax Romana. He focused on construction, arts such as theater, religion, and science and philosophy. Although he never left the capital of the empire, he had good diplomatic relations with both the governors of the provinces and the leaders of the peoples subject to him, such as Rabbi Yehuda ha-Nasi. The emperor especially improved relations with the Jewish people, revoking the decrees of his predecessor Hadrian that directly attacked the Jewish people. 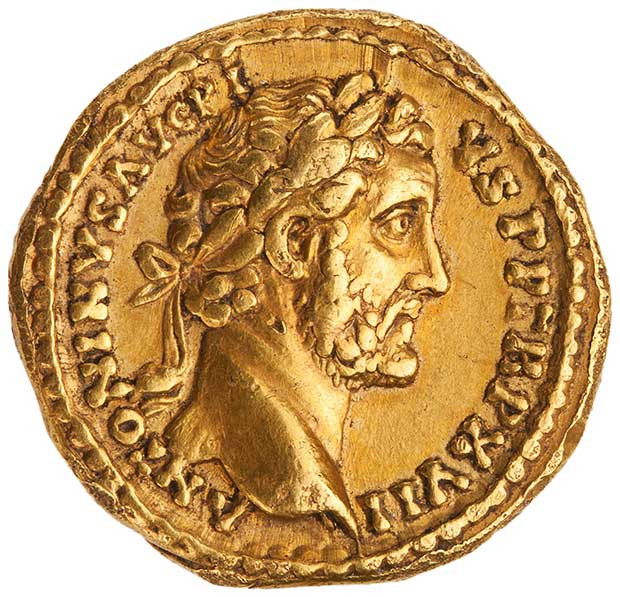 Cultural heritage is under threat

The opening of the piece takes place in conditions of instability of the seabed, which is becoming more and more dangerous due to the acceleration of trade and sea movements. Following this idea, the Israel Antiquities Authority conducts excavations on the Mediterranean coast to find, document, research and preserve archaeological sites. Director of the Office Eli Escocido said: “Over the past decade, the State of Israel has changed its perception of the sea. [Elle] now recognized as an integral part of the country in terms of cultural heritage, beyond security considerations and strategic and economic concerns. […] The marine excavations carried out near Haifa are part of this process. The discovery of this rare coin is a striking testimony to the importance of the latter “. 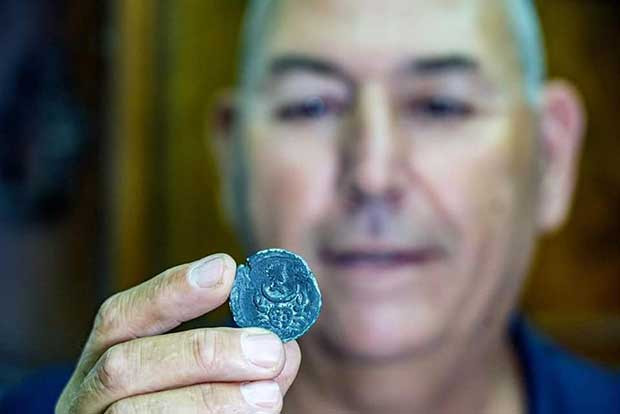