Moon Knight confirms what we expected: Marvel is slowly but surely moving towards phase 4, focusing on magic, horror and mental health. With each series and movie (starting with Wanda Vision last Dr. Strange: The Multiverse of Madness), The Marvel Cinematic Universe (MCU, Ed.) Is less childish, more contained in the traumas of the characters and the facts of society. However, humor is always present, and it’s not just suffering: we develop together with the characters in both good and (very) bad times.

The adventures of Stephen Grant and Mark Spector (Oscar Isaac) are no exception to this rule. If you first think of accompanying a souvenir shop assistant who is a bit of an Egyptologist, you will quickly notice that you are digesting a child’s death, child abuse, and all religious-related trauma. If Judaism is much less in this adaptation than in the comics, Mark’s faith is an integral part of his personality.

Marvel Studios projects have been uniting young and old for more than ten years. The turning point, launched by the first Disney + series in 2021, is gaining momentum this year. History is older, more human. It is a dissociative identity disorder (or multiple personality disorder) without judgments and prejudices. The attraction to the mystical is even stronger. Great success Moon Knight This season, 1 must be able to unfold his story from start to finish without the help of other Marvel characters.

All the characters are new, and the actors, although known to the public, arrive at the Marvel stable. It’s a breath of fresh air to focus only on the main plot, without worrying (or hoping) about another cameo (unexpected appearance, editor’s note) or a connection with other superheroes of the franchise. 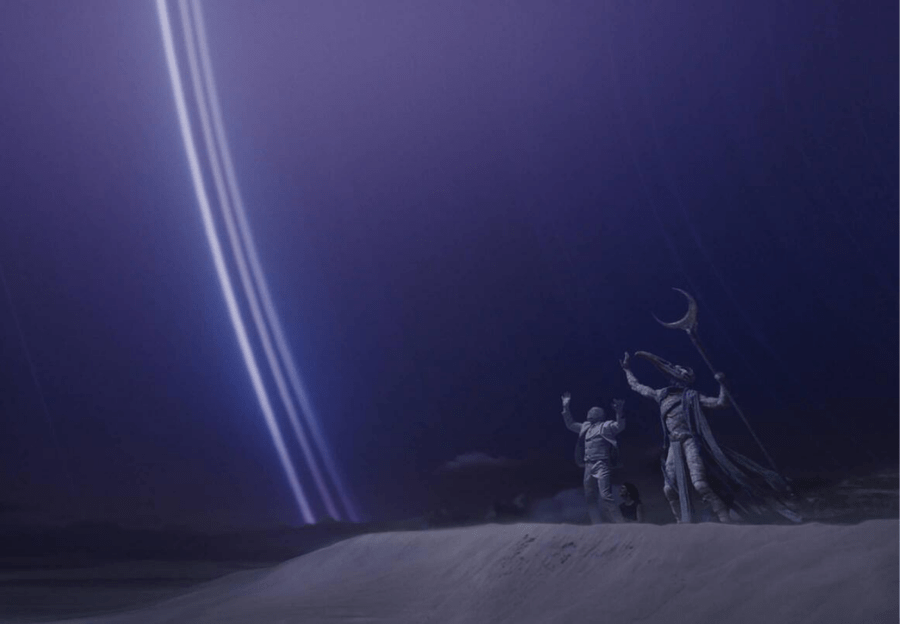 The first two episodes of this season 1 are great; fascinating, intriguing and almost stunning at the same time. Like Stephen, we get lost in it and take the best of the tips out of the screenwriters. However, the tension drops a bit from episode 3 to give way to a strong sense of aesthetics.

The soundtrack is high quality (pressed by Egyptian director Mohamed Diab), and we finally avoid the famous Hollywood yellow filter, unfortunately too present in certain projects taking place in the Middle East. If the rhythm of the series loses a little speed, attention to detail and as exotic as real networks increase the level.

The special effects are not perfect, but acquire realism for the Egyptian gods, meaning Konsu (Honshu in VO, Ed) and Ammut (Ammit). If not everyone likes the Stephen / Mark animated costume, then the costume of Leila (May Kalamavi) has a bit of a miracle woman, a cross between an Egyptian Amazon and a falcon. A beautiful little bug that will seduce more than one!

Special mention for the numerous speeches of Stephen and Mark. Between the mirror games and all the work done on their duplication and osmosis at the end of the season, sometimes it’s hard to remember that Oscar Isaac is just one person, and there has to be one on screen.

What still fails in this first season Moon Knightthese turns are a bit predictable. After the surprise and instability of the first two episodes, the outcome of the series is quite audible (and expected). It’s easy to see that Stephen is Mark’s “parasite” and not the other way around. We have to predict the third person (between dialogues, small details, such as the emphasis or the excess of the characters of the trinity in the captions), so it is natural to see that she finally appears in the last minutes of season 1.

Moreover, the return to the beginning, like a loop, again blurs the traces: what is real? What is part of the unconscious Mark? Did all this happen in his mind? Does he finally feel the presence of this famous Jack in a dream?

Fortunately, the interpretation of the characters is always very fair. The Oscar Isaac / Ethan Hawke (Arthur Harrow) duo is very well done, and Leila’s character changes the dynamics between different personalities of Mark, without turning into a classic girl in trouble.

Although the sequel has not yet been announced, at the desk we have very little doubt about the future of Moon Knight. After such a successful, albeit imperfect 1 season, it would be a shame not to continue this journey! In addition, although the last episode was originally announced as the “finale of the series”, Disney + quickly changed its tone to the “finale of the season”. The Egyptian gods with Marvel sauce are not over to captivate us, as is Stephen / Mark!