They would never have imagined what place their approach would take in the end. Exactly 50 years ago, at a time when nature was still doing what is unthinkable today, several volunteers set up the Auvergne Ornithological Center in Clermont-Ferrand (Puy-de-Dôme). What has happened since then?

1,800 members and an army of 200 active volunteers to coordinate actions beyond the single rescue of birds in distress.

This is an epic told by three of these first pioneers and volunteers:

1971 The Auvergne Ornithological Center (COA) was established. The first LPO shelter in Auvergne: in Saint-Nectar The first employee in 1984. 1986 The Serr Migration Observatory has been inaugurated. 1994 LPO co-manager of RNN Val d’Allier with ONF. 1995 A rescue center for injured birds is opened in Clermont-Fd. 2009 Created by fauna-auvergne.org. 2013: 1 million data ?! 2019 LPO Auvergne pjoined the Aura NGO with the unification of the regions. 2021 20 red kites with GPS (Planèze de St-Flour)

The most significant stage of this half-century in LPO Auvergne?

Christian Bouchard. The 1976 law was passed unanimously! It is he who records the list of protected species. At the time, animals such as the owl or peregrine falcon were on the verge of extinction. An example for us is the otter: from the moment it was protected, the species could be preserved, and it inhabited the natural areas of Auvergne. 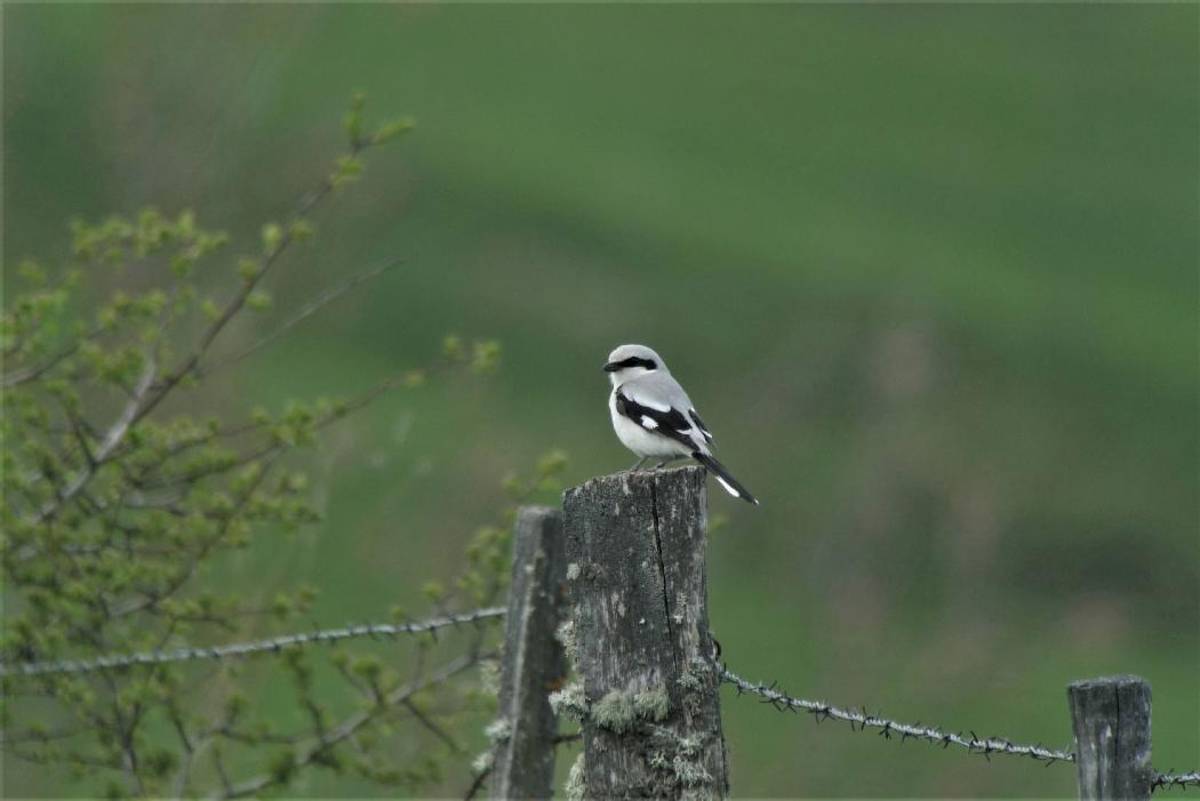 Gray shrike on the Ambert Plain. This symbolic view in the Auvergne area is disappearing, no one knows why. It underlies action on spaces and species. Photo by Romain Riols

Christian Bouchard. It is this law that also obliges to conduct impact research: it made you think about the consequences before construction begins. “We have come a long way! Young people can’t imagine everything we saw at their age … “ 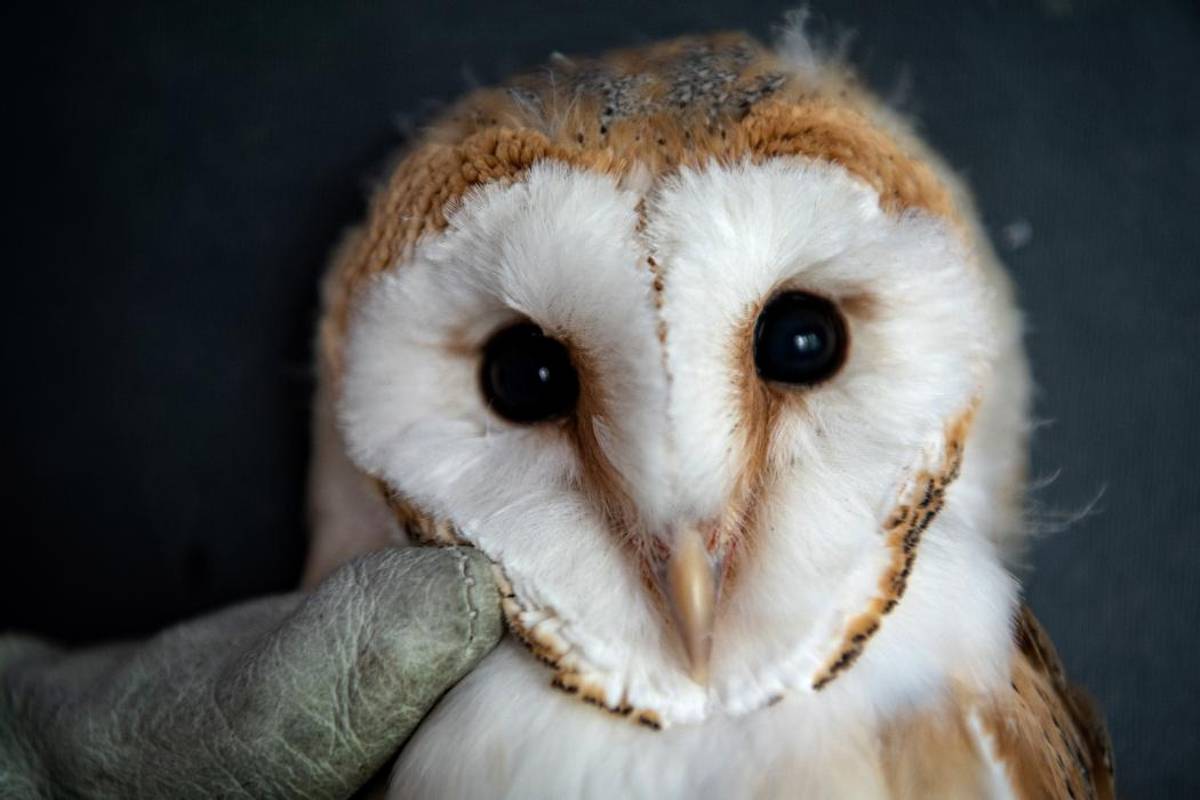 Barn owl at the stage of release on the Erea website and in partnership with the institution in Opme.

Jean-Christophe Gigot. All night we spent a camp at the foot of the rocks, where the peregrine falcon was famous! Catch him by poachers to provide traffic to the Emirates. We could talk about the gray heron, which we see everywhere. It is hard to imagine that at that time there was only one place in Auvergne where he was known.

Your best memory of LPO?

Jean-Christophe Gigot. Installation during the camp. I heard a wolf sing: a rare beast that also disappeared in Auvergne. I brought a recording that we are broadcasting, hoping to hear it again: you can imagine 60 people listening intently all night in a field in Combrail! 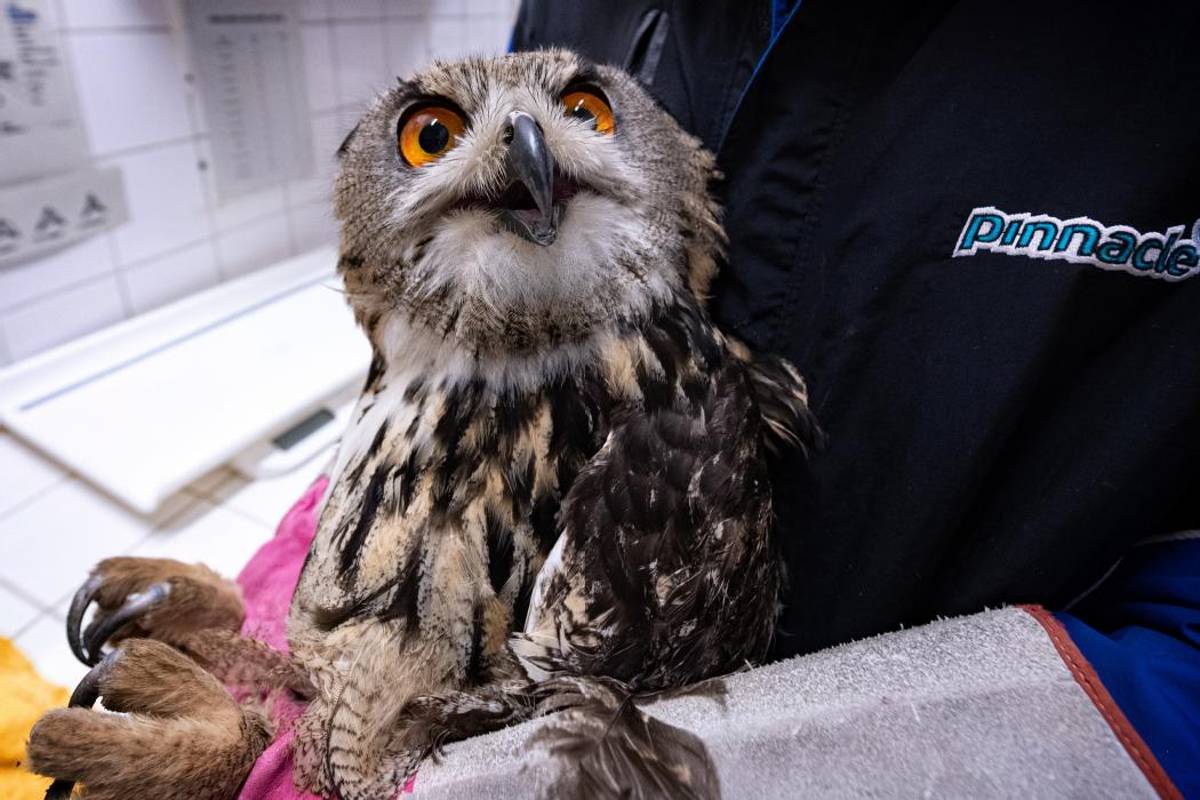 Christian Bouchard. Radio program about cranes in 1986. The listener told us about the theft in North Allier, so I asked the listeners to look at the house. And when they passed, people called live. We were able to trace this migration to Clermont! This was my first experience of joint science!

Jean-Jacques Lalman. Monitoring migration at the Prat de Buc Pass. I was a high school student, my parents knew opticians, who had equipment. It was a miracle! The trigger of my whole naturalistic life.

Your worst memory of LPO?

Jean-Christophe Gigot. 400-meter section of the river Allier in 1979 in Puy-de-Dôme. I was glad that he did not work because the river changed its course.

Young people do not imagine everything we saw at their age: all sorts of horrible traps on animal casts that died the other day.

Jean-Jacques Lalman. Phone call, political, against the protection of the Bec de Dore site. But today we have a nature reserve project.

Christian Bouchard. Chloropicrin gases from the burrows. One morning we found dead foxes in front of the hole where we were placed and inside a gas bomb that had been used to kill them.

Among the great victories of LPO Auvergne?

Jean-Jacques Lalman. The entire surface of the natural spaces that we have allowed to protect. It all started very little with the Roche de la Jacket National Nature Reserve (RNN) in 1971. At the time, LPO was the first organization to participate in the creation of the Auvergne Conservatory of Natural Spaces (CEN). There were programs about the nature of the Loire, which said that the freedom of this last great wild waterway in France is of general interest …

John Christopher. A reception at the Montagne de la Serre, which helped change people’s view of Place Ouzo. We welcomed people day and night for 3 months to engage in scientific observation and public education, at the gates of Clermont. It lasted 17 years ?! We met 100,000 visitors, including 25,000 students! It took so long that we had to stop, but people still remember it. 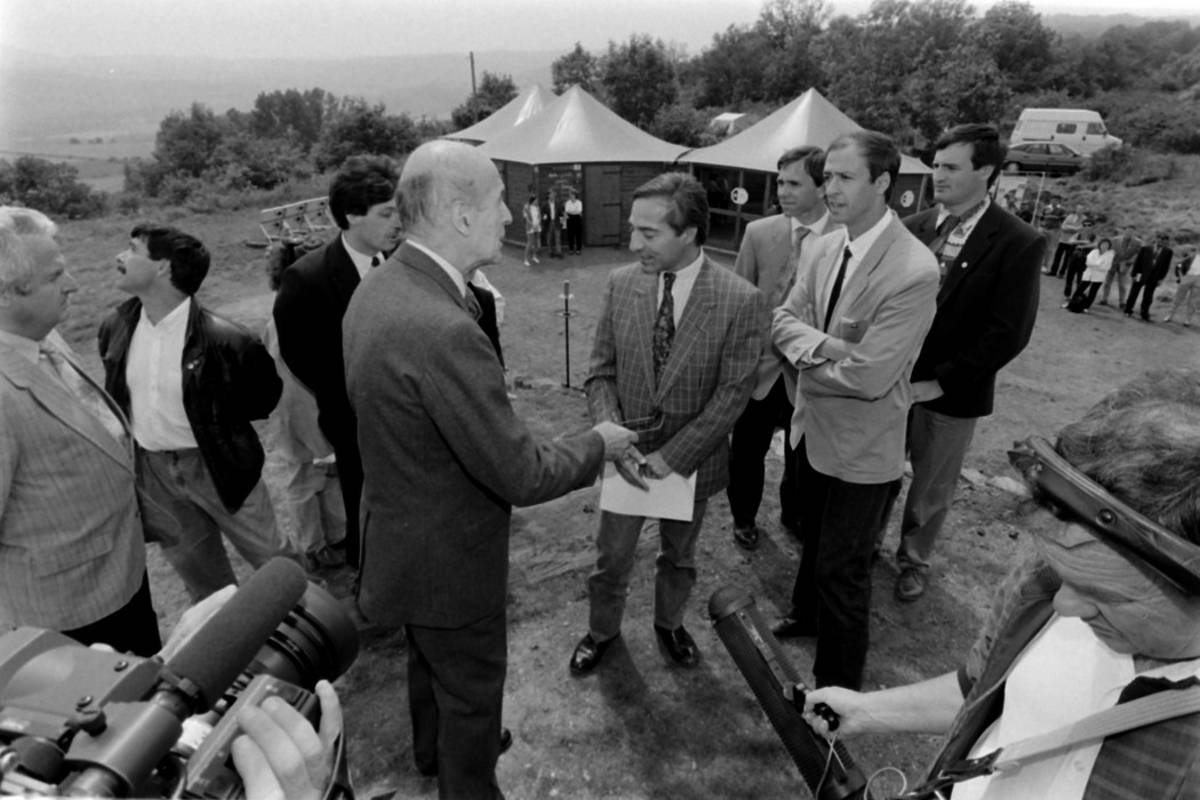 June 1993: Grand opening of the reception center in Montagne de la Serre by the presidents of the region, W. Giscard d’Estaing and LPO A. Bougreen-Dubor. (Archive of La Montagne).

Jean-Christophe Gigot. Recapture of rivers and wetlands by otters. We were so interested in both the animal and the quality of the natural environment to welcome it. This was also the subject of the first book we published. He almost disappeared, today he is back almost everywhere.

What does this 50 years of LPO mean?

Christian Bouchard. The age when you need to look back to see if you’ve been helpful. And I see an amazing balance behind everything that has been done: things we wouldn’t bet on; already be there and very alive! We have come a long way! Young people can’t imagine everything we saw at their age: all sorts of horrible traps on animal tracks that took a few days to die, and even jaw traps on poles to destroy predators; landfills everywhere with all sorts of things that flow into natural spaces and wetlands … Today all this seems unthinkable to us, but we must keep in mind that the law is fragile! 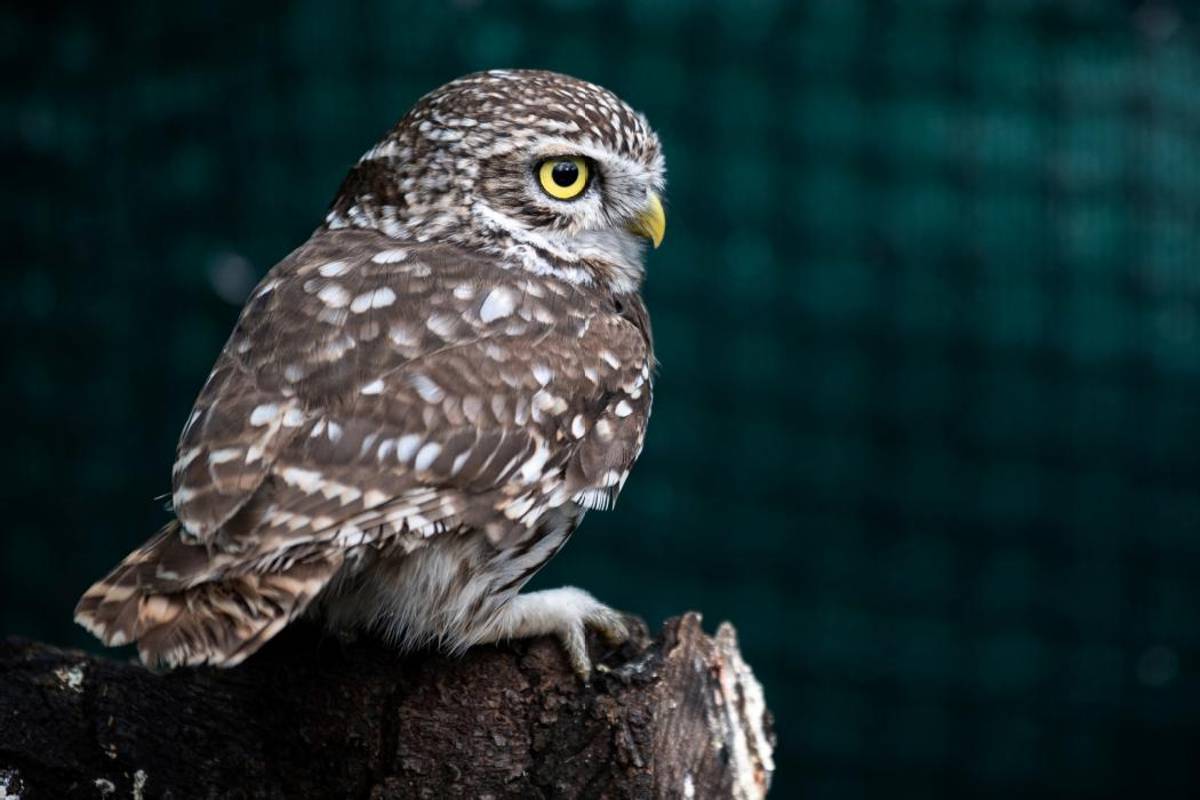 Shelter help center to regain strength or grow in shelter in winter like this little owl.

Jean-Jacques Lalman. New youth! In 1984, there was only one employee; 37 today! And 200 active volunteers! And a dozen well-structured local groups. That’s 57,000 hours of volunteering when other associations end!

Jean-Christophe Gigot. Good luck collective mind! The results of 50 years show that it was built thanks to all these energies of people who still had different and strong characters. They were able to put hats on their heads to promote the joint project and quickly go beyond saving birds to take an interest in habitats.