On a moonlit night, scientists and volunteers roam the sheltered beach in Delaware Bay to observe the horseshoe crabs, or “horseshoe crabs,” that spawn by the millions along the U.S. East Coast from late spring to early summer.

The group walks to the shore, places a measuring frame on the sand to count horseshoe crabs, leveling out those that have been washed over by the tide.

With their helmet-like shells, spike-like tails, and five pairs of legs connected to their mouths, these horseshoe crabs are not immediately appealing.

But these strange marine animals are vital to vaccine safety: their bright blue blood, which clots in the presence of harmful bacterial compounds called endotoxins, has been essential for testing the safety of biomedical products since the 1970s, when rabbit tests were introduced. abandoned.

Besides being harmless to humans, “they’re really easy to love once you understand them,” Laurel Sullivan, who works in Delaware, told AFP. these are invertebrates.

For 450 million years, these creatures from another era roamed the planet’s oceans, watching as dinosaurs appeared and died out, and the first fish turned into land animals and then into humans.

Today, however, these “living fossils” are listed as vulnerable species in the Americas and endangered in Asia due to habitat loss, overharvesting for food or bait, and their use in the pharmaceutical industry, a sector that is experiencing significant growth, especially after the Covid-19 pandemic.

The term “crab” is not quite suitable for these animals, which are more like spiders and scorpions and consist of four subspecies: one lives on the Atlantic coast of North America and in the Gulf of Mexico, and the other three in Southeast Asia. 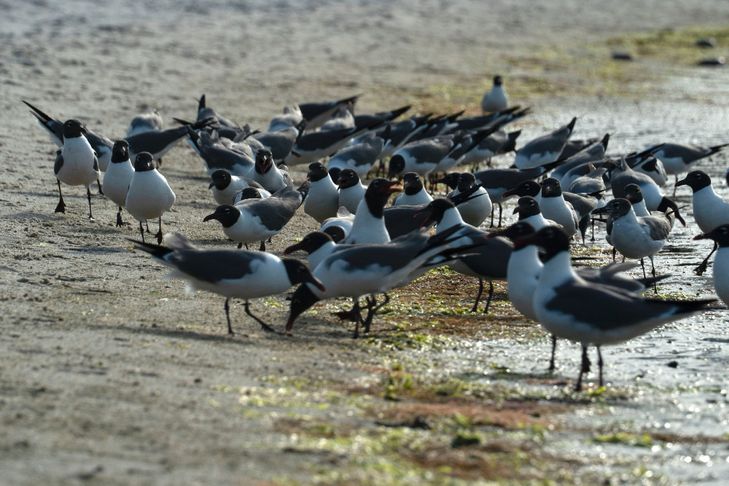 Horseshoe crabs, also called Moluccan crabs, have 10 eyes and feed by crushing food, worms and molluscs, between their legs before bringing it to their mouths.

Males are much smaller than females, which are collected in groups of up to 15 individuals during reproduction.

To reproduce, males spray their sperm onto clusters of 5,000 golf ball-sized eggs that they lay on the sand.

These eggs, tiny green balls, are also an important food source for migratory birds, including the endangered red knot. 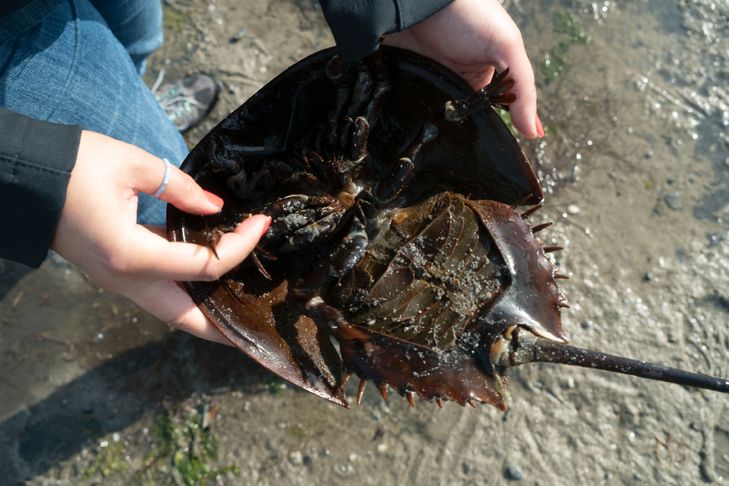 Nivette Perez-Perez, a scientist with the Delaware Inland Bay Center, shows the anatomy of a female horseshoe crab on June 16, 2022 in Ocean View, Delaware/AFP

Nivette Perez-Perez, a scientist with the Center for Delaware Inland Bays, points to a large swath of eggs that runs along much of the beach at James Farm Ecological Reserve, which is flocked by black-headed gulls with bright orange beaks. hurry to feast.

Like other residents of the region, Ms. Perez-Perez succumbed to the charm of horseshoe crabs. “You’re so cute,” she says to the woman she picks up to show off her anatomical features. 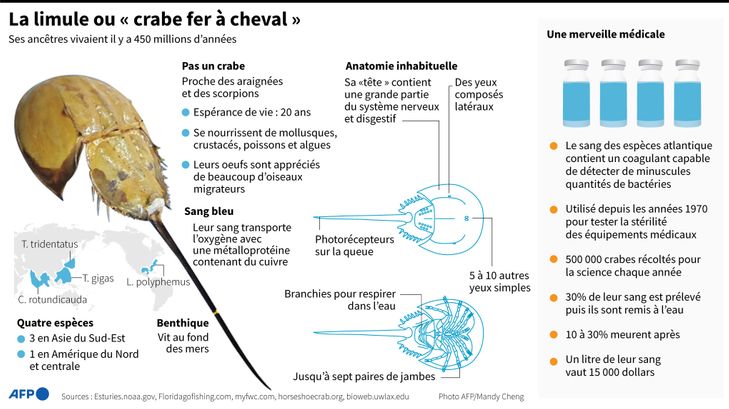 Paddling is a dangerous activity for horseshoe crabs, as it is on the shore that they are most vulnerable: during the tide, some end up on their backs, and although their long, stiff tails help them stand up, not all are so lucky. About 10% of the population die each year, their bellies baked by the sun.

In 1998, Glenn Ghowry, founder of the Environmental Research and Development Group, took part in a campaign called “Just Turn Them Over”, encouraging the public to help the crabs that are still alive.

“Winning hearts is the most important thing,” he told AFP on Delaware Bay’s Pickering Beach, wearing a cap with his slogan and horseshoe badges on his head.

“If we can’t get people to care about these animals and feel close to them, they probably won’t want to pass legislation to protect them,” he explains. 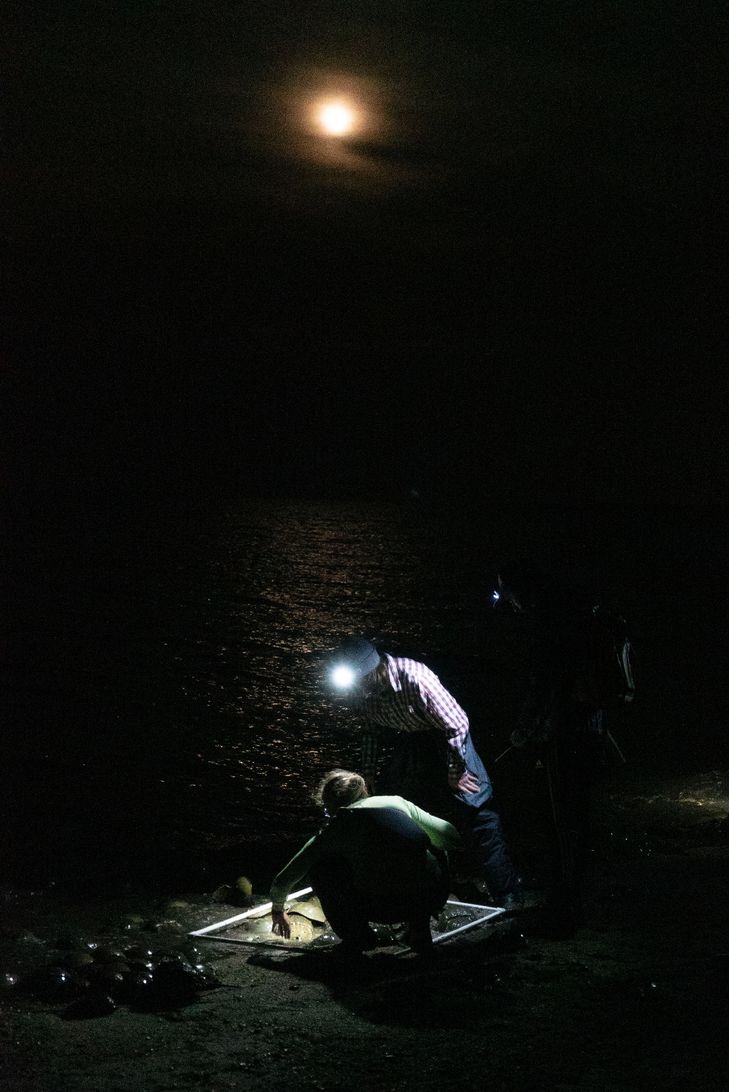 Approximately 500,000 horseshoe crabs are harvested each year for the pharmaceutical industry. Their blood is fed into a chemical called Limulus Amebocyte Lysate, which identifies the type of bacteria that can contaminate drugs, needles and devices such as hip replacements.

This process leads to the death of about 15% of horseshoe crabs, and those that survive are released back into the sea.

A new synthetic process, called recombinant factor C, is promising but still needs to be regulated.

Horseshoe crabs are “a finite resource with potentially infinite demand, and the two things are mutually exclusive,” says Allen Burgenson of Swiss biotech company Lonza, which is conducting the new test.