After the invasion of Ukraine, Western countries decided to force Russia to bend by imposing sanctions on its economy and isolating it from the rest of the international community. Six months after the start of the war, it becomes clear that Moscow continues to maintain, if not strengthen, relations with other states. The Russian economy, of course, lacks numerous resources and outlets, but the country is adapting to the sanctions as best it can. The Kremlin continues its offensive against Ukraine and now occupies 20% of its territory. No changes in Moscow’s rhetoric are visible yet: in June of last year, Kremlin spokesman Dmytro Peskov estimated that “it is impossible to isolate such a giant country as Russia, especially in a globalized world.” If the sanctions hurt the Russian economy, they will not be able to bend the Kremlin. Russia is used to sanctions and is ready for them. It has many trading partners that have not joined the Western boycott, including several major powers, and continues to trade with Western Europe, which for now remains dependent on Russian gas.

The contrast between the G7 meeting (consisting exclusively of Western countries) held two months earlier and the G20 meeting in Indonesia last month is, in this sense, striking. During the first meeting, the leaders agreed on the need to create a mechanism to “limit the price of Russian hydrocarbons” indirectly, in particular through marine insurance.

At the G20, on the other hand, Indonesia refused to boycott Russia, while member states only expressed at the meeting “their deep concern about the humanitarian consequences of the war”, without any concrete decision or joint declaration condemning the Russian invasion.

The isolation of Russia, the West’s main weapon to end the war, does not seem to have caught on outside of Europe and North America. The African continent, once a preserve of the West, is a stark example of this relative failure: only 28 out of 54 African countries voted in favor of a resolution condemning the Russian invasion of Ukraine, with many heavyweights such as Algeria, Morocco, South Africa and Ethiopia preferring to abstain.

During his visit to Egypt on July 24, Russian Foreign Minister Sergey Lavrov was able to emphasize the “excellent” bilateral cooperation with Cairo, in particular through the export of Russian grain to Egypt and the launch of the site of the first Egyptian nuclear power plant built by Moscow. It was the first leg of a diplomatic tour during which he visited Ethiopia, Uganda and the Democratic Republic of Congo.

The story is the same for BRICS, three out of four members of which abstained from supporting the resolution condemning Russian aggression at the UN. Brazil, the only country to vote in favor of the text, nevertheless voiced its opposition to Western sanctions. As for the countries of the Persian Gulf, they remain bound to Russia by agreements within the framework of OPEC+, which set quotas for oil production, and therefore, accordingly, oil prices on the markets. The oil monarchies have so far refused to directly intervene in the sanctions game or unequivocally choose the Western side in the Ukrainian conflict.

Moreover, the countries of the “South” for the most part abandoned confrontation with Moscow in all directions, and went for balancing. This allows them to maintain economic and commercial ties with the West, as well as cooperation with Russia in the field of energy and security. This applies to India and Iran, which are the main importers of Russian weapons.

A weakened but still viable economy

Shortly after the start of Russia’s invasion of Ukraine, French Economy Minister Bruno Le Maire said he wanted to “wage a total economic and financial war with Russia” to “cause the collapse of the Russian economy.”

Some impressive results of the sanctions have been put forward by Western governments as proof of their effectiveness: the freezing of $300 billion belonging to the Russian Central Bank, a 17% reduction in Russian oil production, a drop in car production and a reduction in technology imports. , inflation of 15.9% per year, etc.

However, in its latest report, the IMF believes that “the Russian economy should be less affected by sanctions than expected.” Indeed, GDP will contract by 6% in 2022, less than the 8.5% the organization expected in April. The unemployment rate is at a historically low level – 3.9% of the working population. As for the exchange rate of the Russian ruble, it stabilized after fluctuations in annual terms as a result of massive purchases of the national currency by the Central Bank. In fact, he has been hoarding hundreds of billions of foreign currency for years.

Even worse, several observers are talking about a backlash for Western countries, which are experiencing a devaluation of the euro followed by price increases, which, combined with weak or even no growth, resembles the “stagflation” of the 1970s. which may in the long run disrupt the unity of their front against Moscow.

Thus, disagreements in the international community weaken the system of sanctions introduced by Europe and the United States. This opens up obvious opportunities for Moscow to redirect its trade to neutral or allied countries and possibly penetrate Western markets through their intermediaries.

So, India has significantly increased its import of Russian oil: it reaches 600,000 barrels per day against 90,000 before the crisis. The reason is simple: Indian refineries buy Russian oil at a low price ($95 per barrel compared to $119 on international markets) to then re-export it to Europe at a high price. These profits, huge for the Indian industry, come at the expense of the European consumer, who sees his electricity bills skyrocket.

China has also increased its imports of cheap Russian oil and gas. Thus, in April 2022, Asia overtook Europe as the main customer of Russian oil for the first time. Threatened by Western markets, Russia is turning to Asian customers en masse in a price war that makes its products more competitive than in the past.

Another negative effect of Western sanctions is a real system of parallel international trade and payments, which is established under the auspices of Moscow, Beijing and New Delhi. One can mention the use of the yuan instead of the dollar in international transactions, the development of a payment system competing with the SWIFT system, or the international transport project “North-South”, which will connect the ports of Russia, Iran and India.

The most obvious flaw in the sanctions regime is actually in the heart of Europe: of the $97 billion Russia received in exchange for energy exports in the first 100 days of the war in Ukraine, $59 billion came from the European Union. . The EU, 45% of which imports natural gas from Russia, has not yet found an alternative to Russian gas.

Several agreements signed with new suppliers such as Qatar, Azerbaijan, Algeria or Israel will take time to implement for obvious technical reasons. Transporting gas requires the construction of pipelines, gas terminals equipped to liquefy the gas, and, of course, a fleet of giant LNG tankers, which currently do not exist.

The ineffectiveness of sanctions in the Russian case

These sanctions, incomplete and unilateral due to the lack of a vote in the Security Council to ratify them, actually have a very specific political purpose. More than bringing Russia to its knees, Western countries should express their opposition to Moscow without engaging in military conflict. 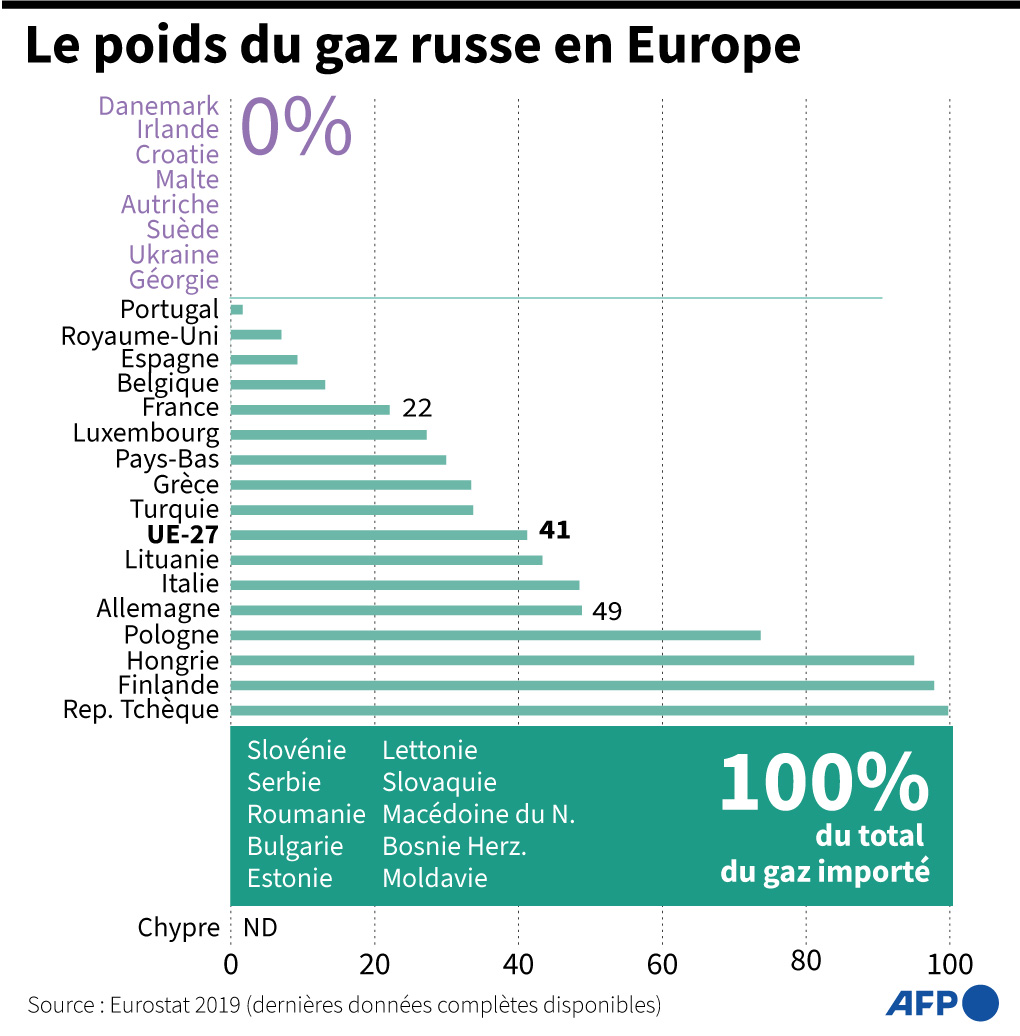 In this sense, the sanction allows you to confirm your commitment to values, officially express your dissatisfaction, and avoid the use of force. This is a less expensive alternative to military intervention, but avoids accusations of “powerlessness” by states.

History has shown that sanctions aimed at overthrowing a political regime in a short period of time have not fulfilled their purpose: the mullah regime is still in power in Iran, sanctions have not overthrown Castro in Cuba, the Kim dynasty in the North. Korea, Saddam Hussein in Iraq or Nicolas Maduro in Venezuela.

Rather, by provoking economic crisis and shortages, sanctions tend to strengthen the central government’s ability to control the population through the distribution of essential goods. They are driving emigration, affecting mostly the middle class, and weakening non-governmental organizations that often rely on foreign funding. 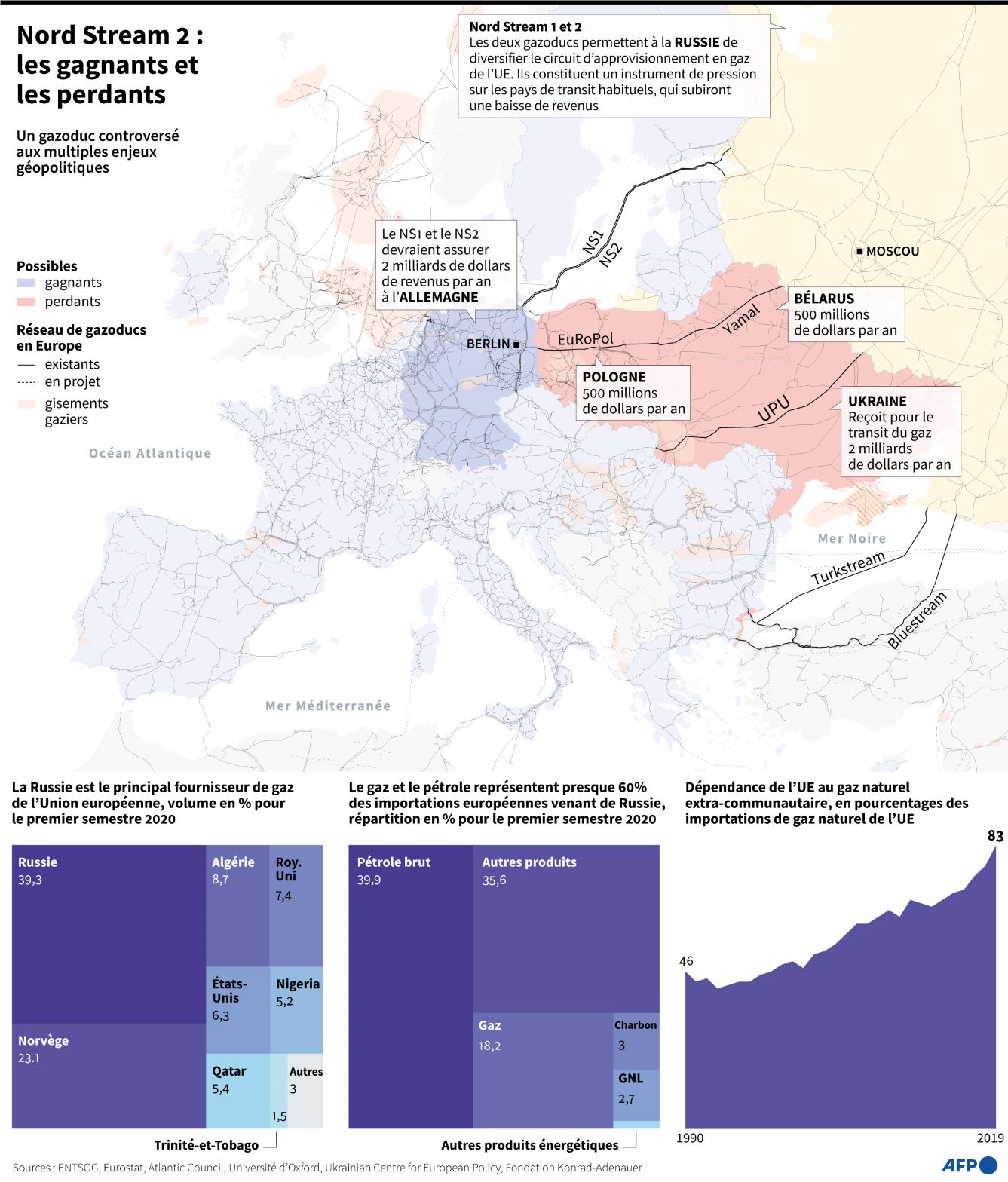 The case of South Africa, whose apartheid regime fell in part thanks to international sanctions, is fundamentally different from the current situation: there was a global consensus to boycott a regime that found itself without a trade and strategic partner.

It seems likely that while the sanctions will hurt the Russian economy, they will not be able to force the Kremlin to bend. Self-sufficient in agriculture and energy, Russia is used to sanctions and is ready for them. It has many trading partners that have not joined the Western boycott, including several major powers, and continues to trade with Western Europe, which is now dependent on Russian gas.

Finally, its authoritarian political regime greatly reduces the scope for pressure from public opinion fed by the official discourse that claims Russia’s glory is more important than economic prosperity.