A year after the experiments Butterfly 3000and King Gezier returns with a huge gift to his admirers, Omnium Gatherumwhere he generously reviews many of his familiar musical styles. Pleasantly!

Do we have the right to worry about a radical drop in the productivity of our favorite mental-Australian group, which now seems to have returned as ordinary mortals (which King Gizard and Lizard Wizard no, we mean good!) on a new disc for the year? It is too early to say, especially since this new opus – a double album format, still… – has everything from balance to date: not continuing the experimental-electro-pop vein of the previous opus, but offering us a kind of almost complete panorama of what the band was still able to create a tape Stu Mackenzie keeps us in a state of anticipation… which, in my opinion, is not unpleasant, given the quality of their production. 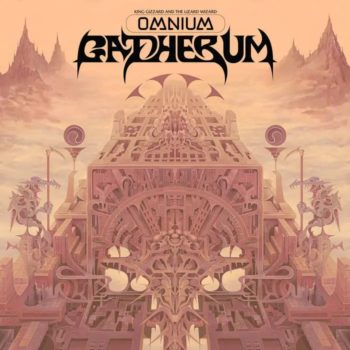 After all, the disc offers more or less guaranteed satisfaction to all its fans, covering a significant part of their musical styles, risking sound Omnium Gatherum more like a better album than a real album. But does it really matter when we start with almost a wonderful twenty minutes Drip taphuge psychedelic delusions and prog rock once King Gizzard knows how to produce it on the planet? Well, we could even do without the next hour, so good to feel this kind of enthusiasm, creative, ghostly sound cavalcade with its hysterical drifts and noticeable reefs. We can’t wait to listen to him live, that one, and sing his sweet chorus all in chorus: ” Left the faucet open, poured out of the sink / Left the faucet on, agua flowin ‘in / Left the faucet, blankets on my skin (I left the faucet open, the sink is dripping / I left the faucet on, the water is flowing / I left the faucet, blankets on the skin).

If you still need to continue the inventory, we will point to the powerful explosions of thrash metal (Gay, Predator X), pleasant dance passages, oriental sounds, here are many lazy pop jazz songs that give the album a soft pre-summer feeling, which is very pleasant (Purple forestvery tasty…)

So are we dealing with a masterpiece? Those who follow King Gizzard From the very beginning they know that this kind of question does not arise, because the group advocates unrestrained creativity and friendly musical hedonism, inviting the listener to let go and just enjoy the music. And as for pleasure, Omnium Gatherum spoils us …