Luna Caballera’s troupe returned to the magical lawn of Notre-Dame-du-Roser for their latest show, ‘Amazone’. The premiere took place on July 31 and all seats were occupied.

Luna Caballera has been around for more than 20 years, but this is the fifth show presented in the municipality of Notre-Dame-du-Roser. On the lawn specially arranged for the troupe, artists and animals take turns surprising the audience for almost two hours.

In the text of Marilou Guay Deschênes we find several historical elements from Greek mythology. The story begins with an archaeologist and his assistant introducing their audience of budding explorers to an ancient artifact that once belonged to the great Achilles. The object then leads them to the discovery of a people of warriors called the Amazons, who at that time lived around the Black Sea and in a vast area stretching from the Caucasian mountains to the vast steppes of Eurasia. This show, as humorous as it is historical, was directed by Gabriel T. Beauchesne.

This year, the troupe invited actors from the Theater Conservatory to bring two characters to life, says artistic director Marie-Claude Bouillon. Others were rather interpreted by circus performers capable of performing the numerous acrobatic acts that appear throughout the show. Horses were also present in several rooms. The audience was treated to the appearance of a falcon at a certain moment. 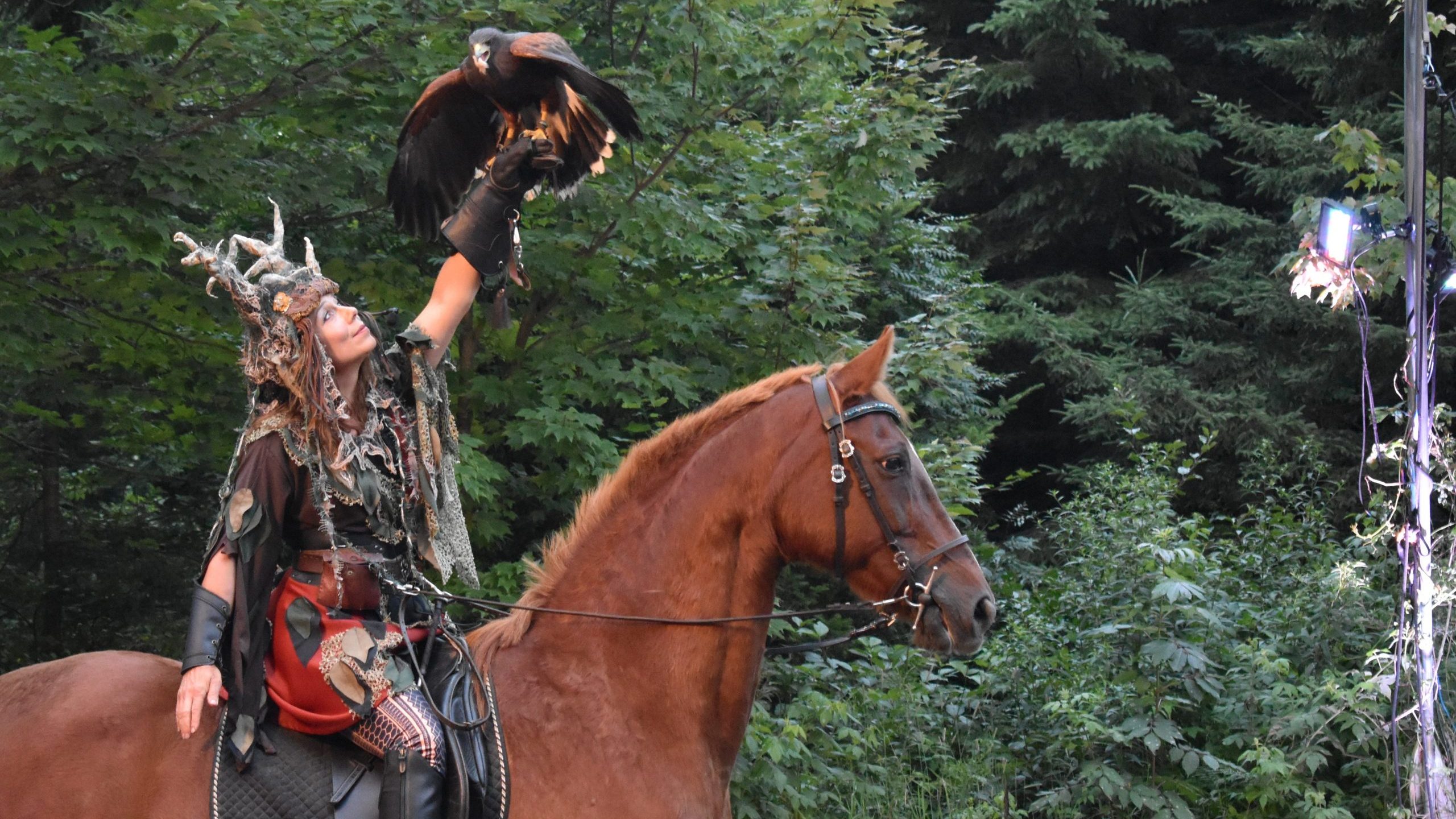 As a rule, this performance should have been presented last year. Ms. Bouillon explains that she has been writing for a long time, but health restrictions prevented her from holding such a performance. When public health finally announced about a month before the premiere that the show would be allowed, Luna Caballera decided to return to a series of equestrian circus acts tied together by a common thread, rather than trying to ride the Amazon too fast. 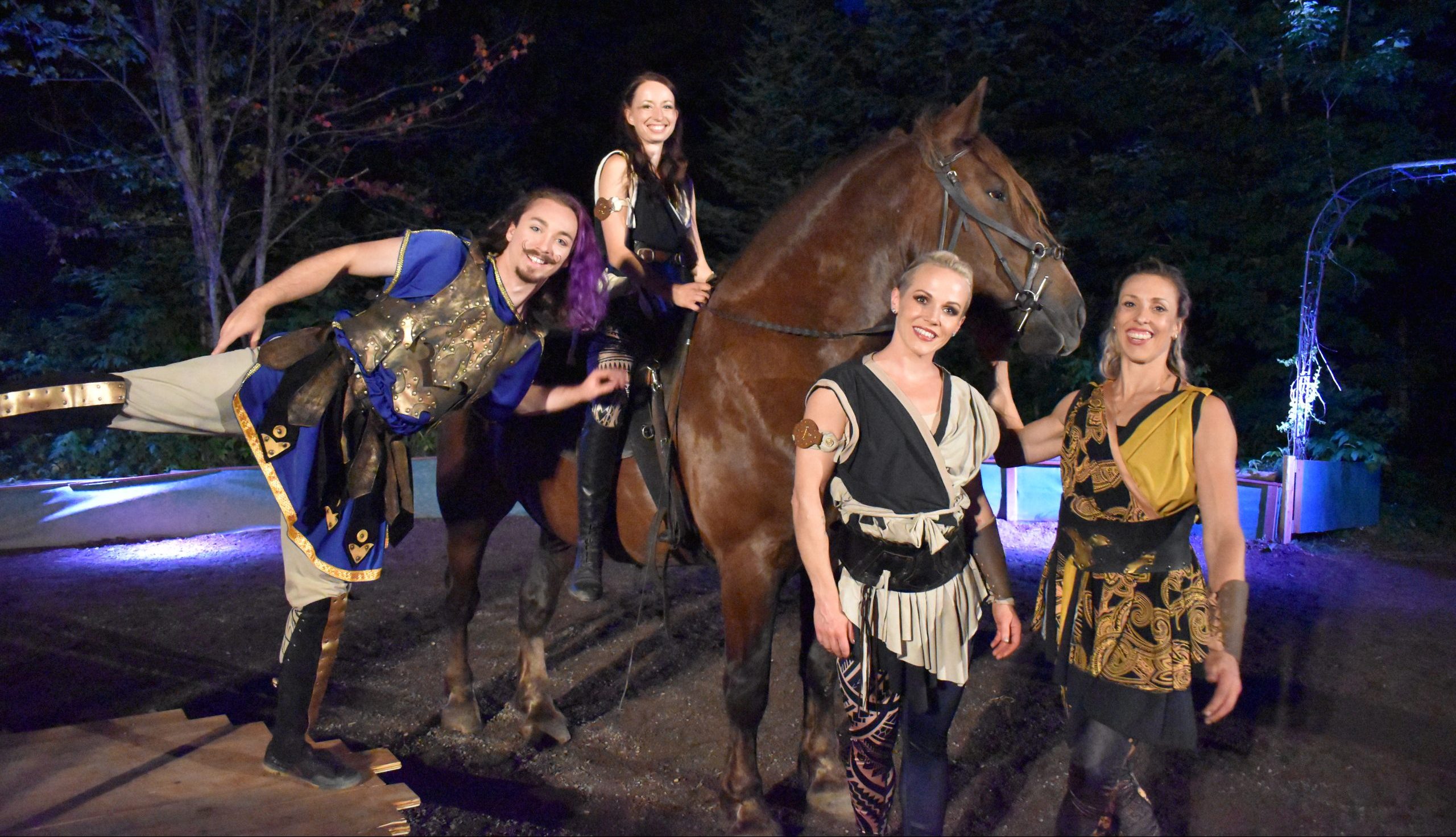 Luna Caballero has received financial support from the Conseil des Arts et des Lettres du Québec under a special program to present shows at a distance, and from the MRC de Montmagny through the Chaudière-Appalaches Territorial Partnership Program. This helped support the show, but also kept ticket prices down compared to recent years. Ms. Bouillon says it was important to the troupe that Amazon remain as accessible to the public as possible. 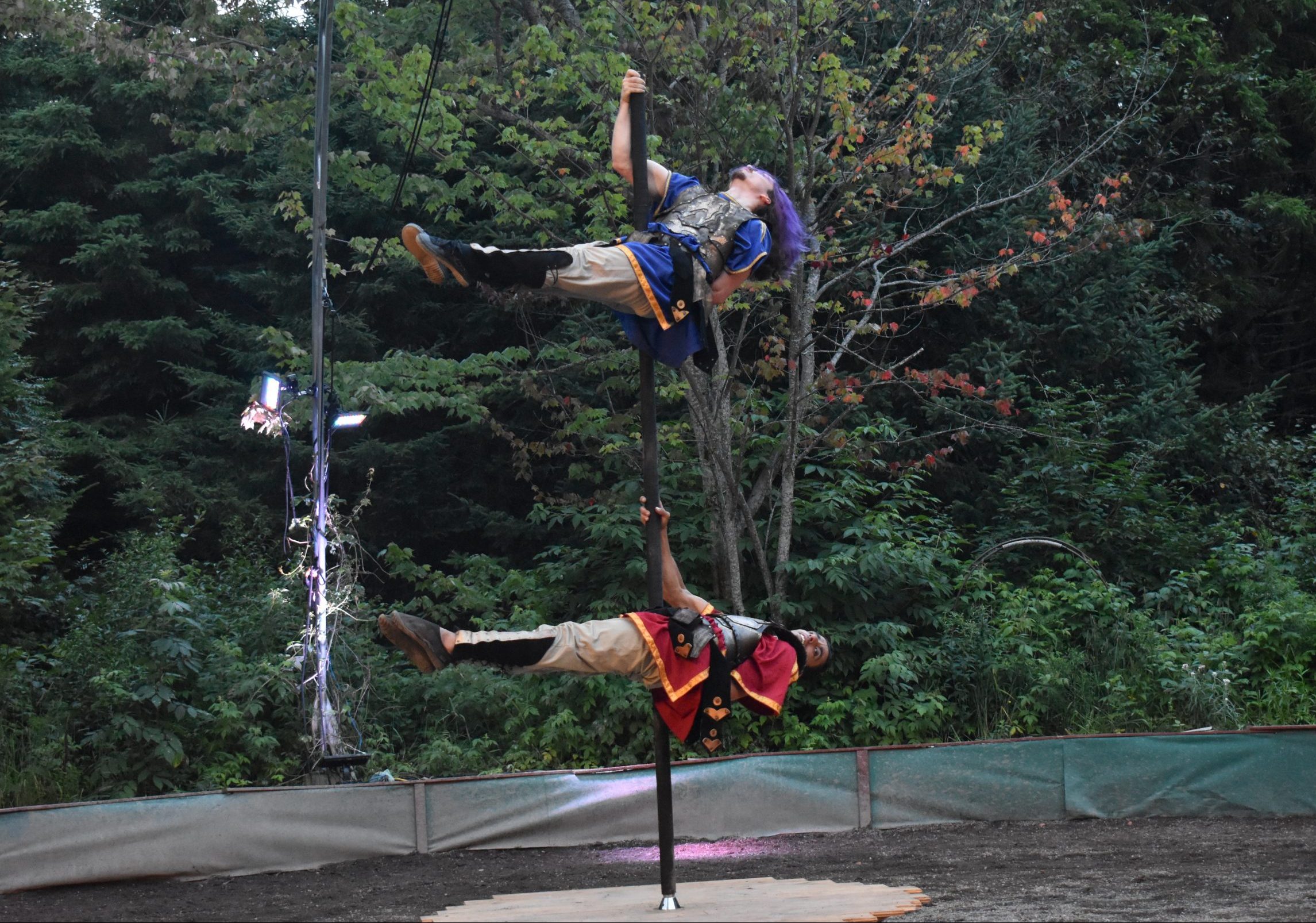 It will be shown every Saturday and Sunday until September 4. Tickets are available online at the Point of Sale website. The box office for each performance closes 24 hours in advance so that the team can count the seats sold and prepare the venue according to the results. In case of rain, the show can still take place, because Luna Caballera has a special carousel that will protect the audience from the weather.

The bow of the power of a woman

An archeologist, one of the main characters, is a Victorian man who believes that women are weak and should only stay at home. However, he will discover the history of an ancient community in which women were powerful warriors, often even greater than men. Indeed, most of the Amazon’s history revolves around people with the same name. This is a community of female warriors who lived near the Black Sea, according to Greek mythology. The artistic director of the performance notes that research conducted in recent years has proven that women at that time were indeed warriors. About 30% of the remains found belong to women warriors.

So the moral of the story is that if women could be equal to men 2000 years ago, they can be equal today. This reinforces the importance of remembering women who have done great things as well as some men. “We also wink at today’s Amazons in the show,” says Marie-Claude Bouillon.