With the release of prequels, sequels, TV series, cartoons, obviously, the question arises: in what order to watch “Star Wars”? Opinions will inevitably diverge on this simple issue. Some prefer to watch the trilogy in order of publication (which avoids serious spoilers), others in chronological order.

The purpose of this ranking is not to direct you to the viewing order, but simply to place different achievements in relation to each other from a temporary point of view, if you want to start (re) viewing the available saga on Disney +. 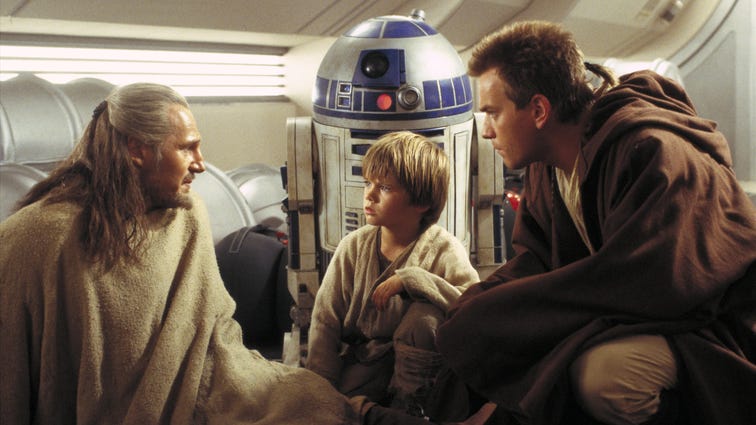 The prequels of Star Wars begin 32 years before the Battle of Yavin (BBY), the famous Star Wars battle that can be seen in the original Star Wars movie. The discovery of 9-year-old Anakin Skywalker begins the saga of Skywalker. Jedi Master Qui-Gon Jinn feels the strong presence of the Force around the young man and suspects that he may have been destined to restore the balance of the Force.

Meanwhile, Darth Sidious, the Sith lord associated with the dark side of the Force, is secretly working to exterminate the Jedi and manipulate the political system of the Galactic Republic.

Episode 2: Attack of the Clones 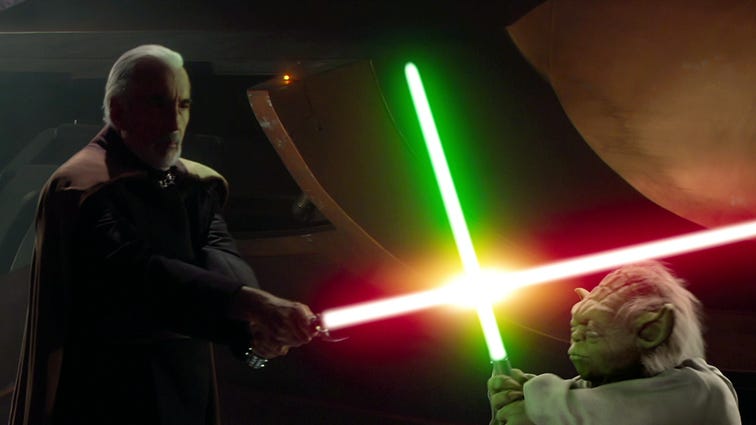 We are jumping 10 years ahead to 22 BBY for the second film in the Skywalker saga. At this time, Anakin is a Jedi student of Obi-Wan Kenobi and a rather capricious teenager. Although this contradicts the rules of the Jedi Order, he also falls in love with Padma Amidala.

Meanwhile, Count Dooku, a renegade Jedi, seeks to undermine the Republic, but what is his connection to Darth Sidious? 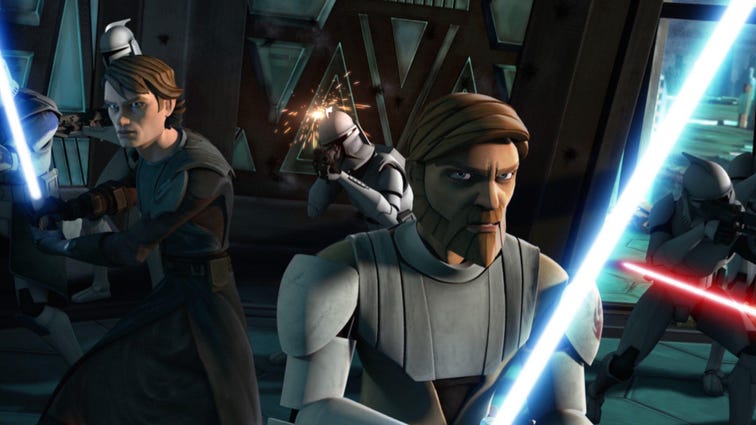 This animated series CG (consisting of one film and six television seasons) covers 22-19 BBY. It tells the story of the intergalactic battles that erupted at the end of the Clone Attack, and focuses on Asoki Tano, Anakin’s student. It is not part of the Skywalker saga, so there is no episode number. After the last episode, the story continues in The Bad Batch.

Episode III: Revenge of the Sith 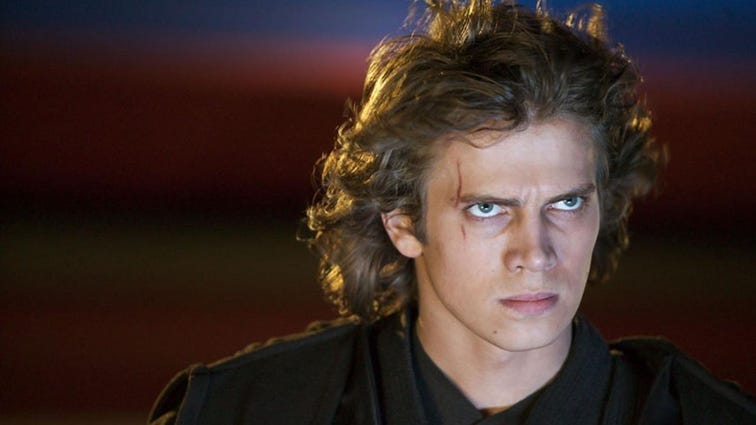 19 BBY has passed, the end of the Clone Wars, and Darth Sidious is taking the final step in his plan to turn the galaxy into a Galactic Empire, and he will become emperor. Meanwhile, Anakin is seduced by the dark side – and the birth of Darth Vader is approaching … 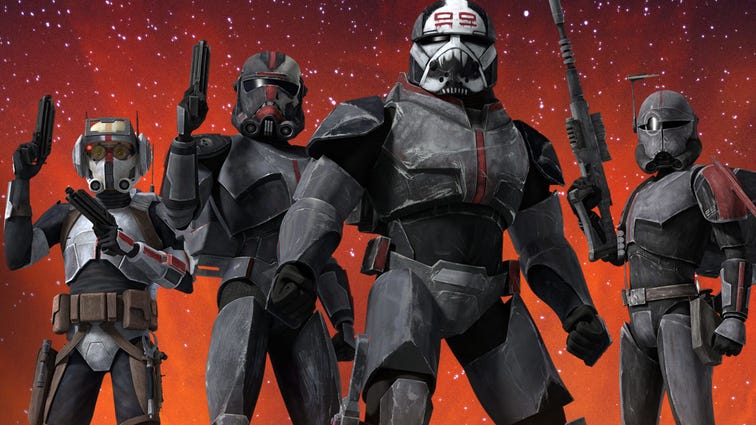 The Bad Batch is a sequel to “Clone Wars” and tells the story of a team of unfit soldiers called Clone Force 99. We will follow their adventures after “Revenge of the Sith”, when the Galactic Empire captures the galaxy. The release date is Star Wars Day, May 4, 2021.

Solo: To the history of Star Wars 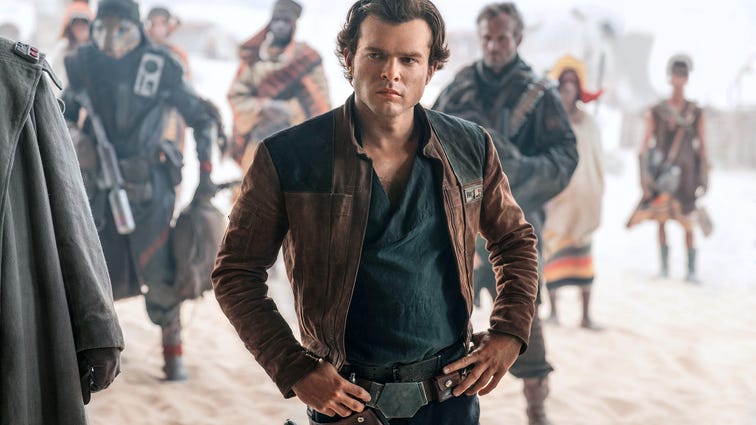 The action of this separate film takes place 10 or 13 years before the Battle of Yavin and takes us through the life and times of Khan Solo, the ace pilot. It’s not part of the Skywalker saga, but it’s worth a look to see the origins of the Millennium Falcon and Khan and Chewbacca’s first meeting. 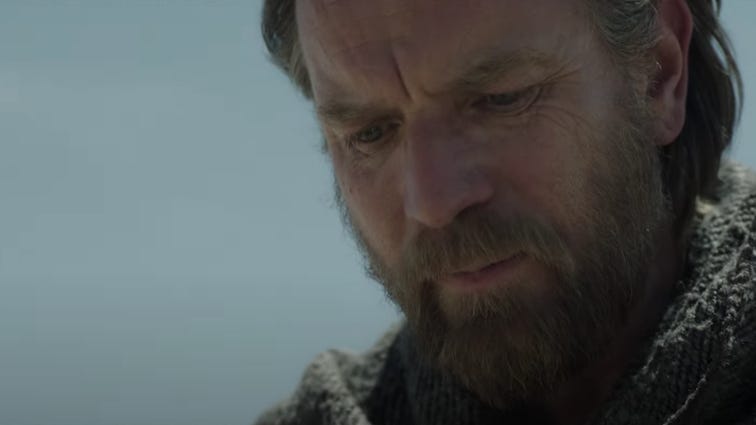 The next mini-series Disney Plus will start on May 27. The action takes place in 9 BBY, between the events of the prequels and the original trilogy. Ewan McGregor plays Obi-Wan, who is hiding on Tatooine, but the Empire is just around the corner … 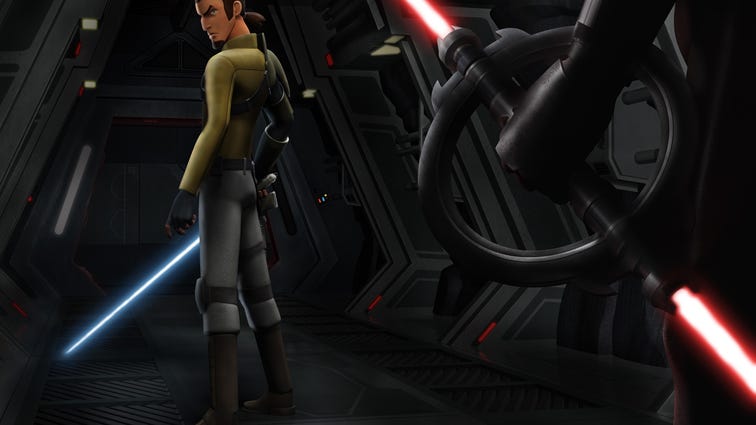 This animated TV series, which lasted four seasons, tells the story of a group of rebels who challenge Darth Vader and the Empire, and unfolds over 5 BBY.

Rogue One: To Star Wars Story 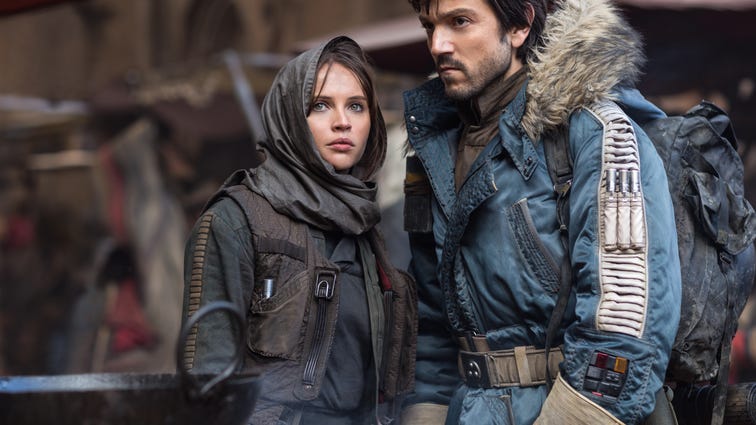 Another separate film, this one leads to the Battle of Yavin. Rogue One shows the first significant victory of the Rebel Alliance against the Empire, when an elegant team of renegades and spies try to steal the drawings of the monstrous superweapon “Death Star”. 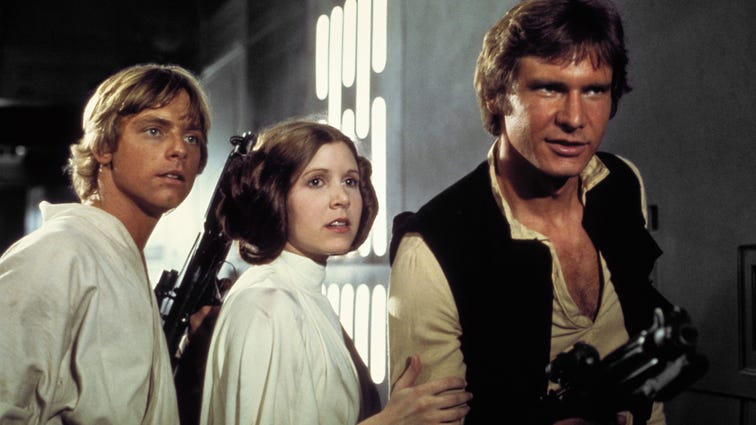 The fourth part of the saga of Skywalker (and the first movie “Star Wars”) unfolds in 0 BBY and expands to the famous Battle of the Death Star. Darth Vader is determined to find the stolen Death Star plans and capture Princess Leia, who begins a series of events in which Luke Skywalker and Khan Solo join the Rebel Alliance.

Episode V: The Empire Strikes Back 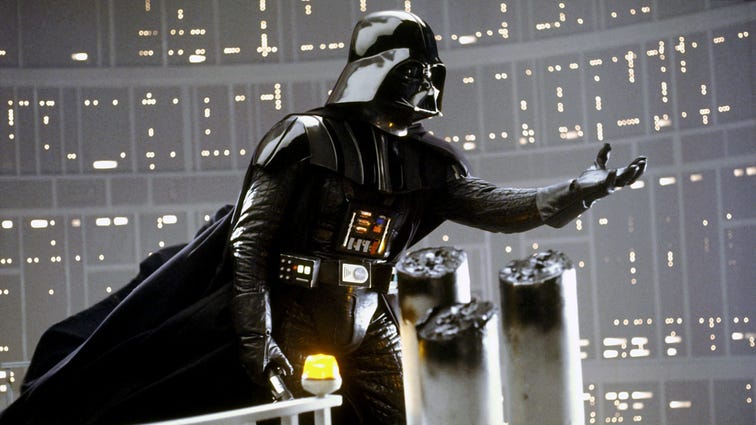 We reunited with Leah, Luke, and Khan three years after the Battle of Yavin (ABY), when the Rebel Alliance fled the enraged Empire. Luke learns about the work of the Force while trying to become a Jedi, but he discovers an unexpected connection with Darth Vader.

Episode VI: The Return of the Jedi 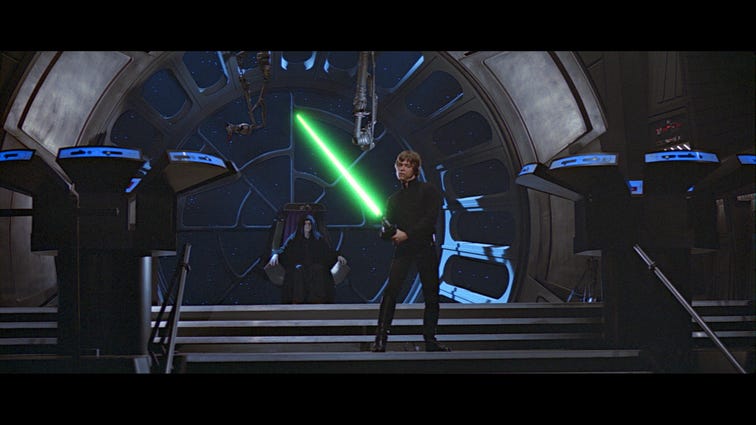 A year later, at 4 BBY, the Rebel Alliance attacks the second Death Star. Luke confronts Darth Vader, and the Emperor tries to turn him to the dark side, but Vader’s love for Luke may well turn him to the light side of the Force. Meanwhile, Leah discovers that she is Luke’s twin sister and Darth Vader’s daughter as she leads the Rebel Alliance to the collapse of the Empire. 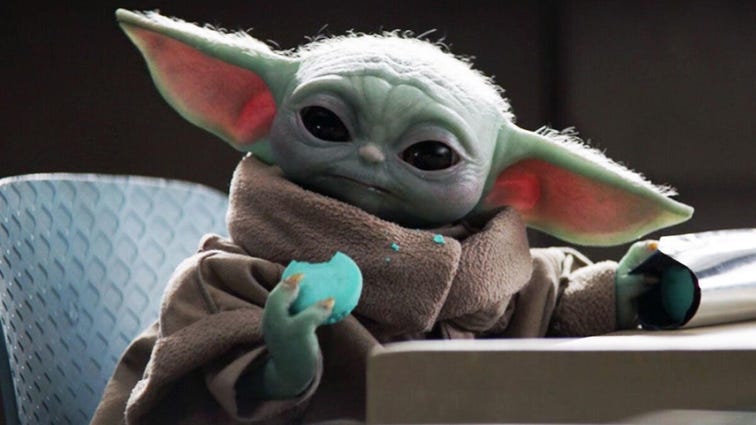 Viewers were fascinated by the little green guy who stole the show in the series “Mandalorets” in the western shade, the center of which is a laconic bounty hunter who is involved in skirmishes in distant parts of the galactic border. Five years after the Jedi’s return, victorious rebels and defeated imperial forces still clash, drawing inspiration from Bob Fett’s Star Wars story.

There are two seasons that consist of half-hour episodes. You don’t have to see previous supporting movies to understand this, but Season 2 will be especially gratifying if you’ve seen “Clone Wars.” 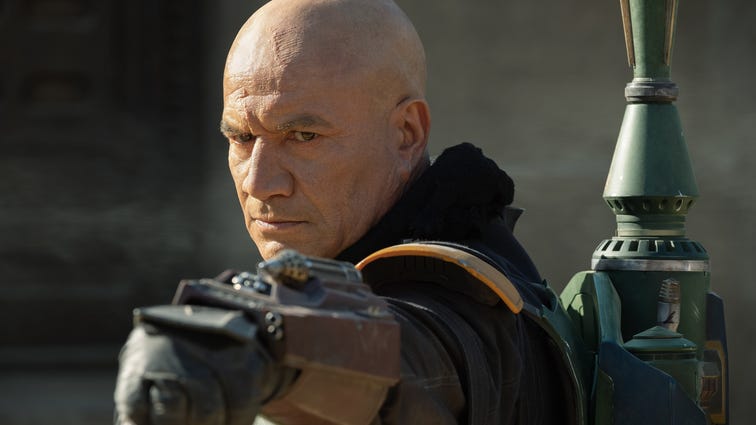 After the success of the Mandalorian, it was inevitable that the bounty hunter would return. Temuera Morrison reprises the role of the aging Bob Fett, who fished from the Sarlakk pit and wanders the deserts of Tatooine in search of a new destination. Technically, the question arises as to where to place this series in chronological order, because it actually tells two stories: a flashback immediately after “The Return of the Jedi”, which explains how Fett survived his fate in this film, and another – in the same “today” , as well as “Return of the Jedi”. Mandalorian. It’s best to watch it later, as the two shows have a lot in common, and one of the episodes is a kind of pilot for the 3rd season of “Mandalorets”. 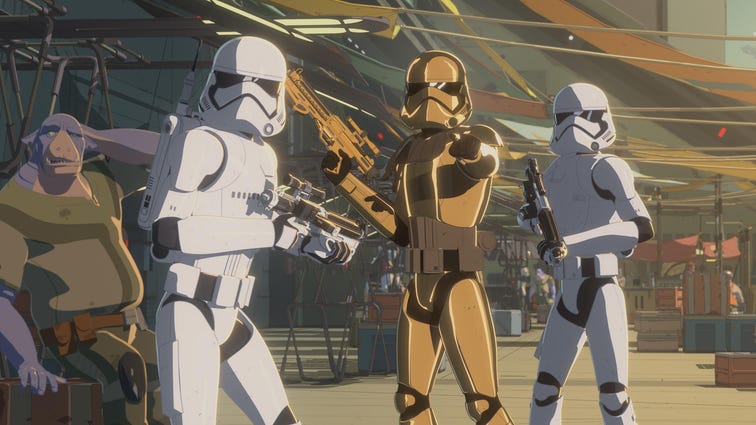 The action of this two-season anime series takes place before, during and after “Awakening of the Force” (34 BBY) and tells the story of the unfortunate spy of the Resistance Kazuda Zion, who works to stop the First Order conspiracy.

Episode VII: Awakening of the Force 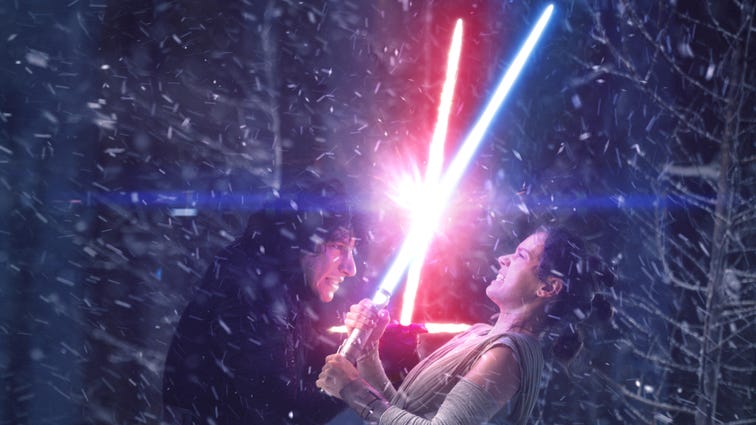 In 34 BCE Luke disappeared, and the mysterious force-sensitive nomad Ray found himself drawn into the Resistance. Meanwhile, Ben Solo, the son of Leah and Khan, plunged into the Dark Side and became Kaylo Ren. 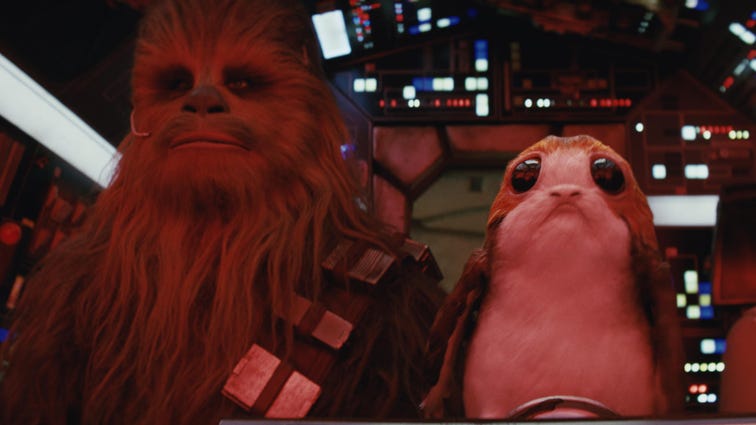 The action of this film takes place immediately after “Awakening of the Force”, when Kaylo Wren takes over the First Order. Reunited with Luke, Ray learns the ways of the Force and intends to bring Kaylo Rena back to light. But is this the end of the Resistance? 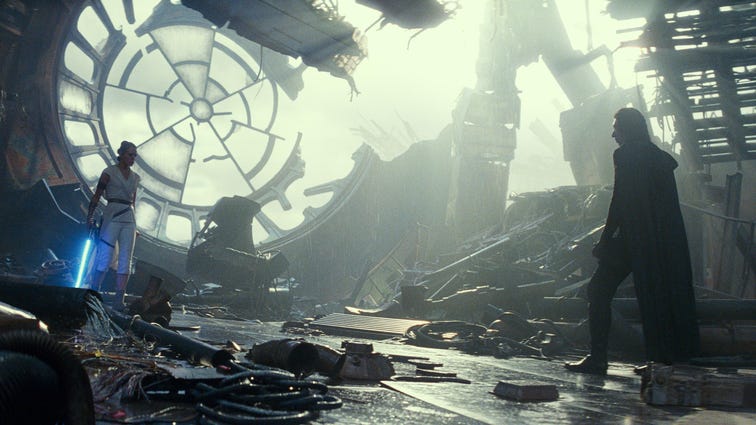 The last chapter of the Skywalker saga. We are in 35 BCE, both living and dead collided. Ray and Kaylo Wren fight for their souls because a conspiracy born many years ago threatens to get into the galaxy under the finger of the reborn emperor.

The CNET.com article is adapted from CNETFrance