Courageous warriors, outstanding navigators, boundless explorers, inveterate robbers, spiritual beings ready to sacrifice their lives for their gods… More than ten centuries after their disappearance, the Vikings undoubtedly left a strong image in history and the collective imagination. . We’ve lost count of the number of novels, video games, or TV shows about this late Iron Age Norse civilization, many of which, we hear, don’t skimp on clichés. Among these popular cultural works is the Canadian-Irish series vikingswhose well-crafted script is framed, at least in its first part, around the semi-legendary character Ragnar Lodbrok, who is said to have ruled Sweden and Denmark between the 8th and 9th centuries AD.

vikings not being what could be called a family series, it does not hesitate to show us in crude form how these sulphurous “Normans” – as they were called at the time (etymologically “Men of the North”) – punished, according to a number of indirect sources, their most prestigious enemies. At the same time, inflicting torture on them with the nickname “blood eagle”. Attention, gory details: the ritual consisted of opening the victim’s back, very much alive and immobilized, and detaching one by one his ribs from his spine before pulling his lungs out through the wounds. The last blows of the lungs, spread out on both sides of the spread ribs, were supposed to resemble the movement of the wings of a predator.

Texts, but no concrete evidence

Certainly cinematic, do such tortures have a historical reality? It is difficult to answer this question, since there is no archaeological evidence to date that suggests that the Vikings at one time or another practiced this. Understand by archaeological evidence: the discovery of a skeleton that will represent at least ribs torn at the back. Thus, the ritual of the bloody eagle has come down to us only through medieval texts, including complex poems, the authenticity of which is widely disputed by historians.

A view of the thorax illustrating the results of separating or cutting the ribs. The left side illustrates how a fracture of the ribs at the corners would have made it difficult to mobilize the lung through the opening, as the remaining attached parts of the ribs (indicated by the arrows) would have blocked access to the lung. The right side illustrates the opening of the chest wall if the ribs could be detached directly from the thoracic vertebrae. Although this was not possible, it would have allowed better access to the lungs to structure the famous “wings”. Credit: 3D4Medical Complete Anatomy software/Luke John Murphy-University of Iceland

Today, a team of researchers wanted to approach the topic “from the other side”. Unable to say for sure whether the Vikings cut the backs of their victims to extract their ribs and lungs, Luke John Murphy, an archaeologist who specializes in pre-Christian religions in Europe at the University of Iceland, and his team rather wondered if it was possible. practice is primarily anatomical. “Previous research on the subject has tended to focus on the detail and reliability of existing medieval descriptions of the bloody eagle, arguing for or against the historicity of the ritual. Given these are the anatomical and sociocultural boundaries within which any ‘blood’ eagle” was to be executed “they write in the preamble to their study, which will be published in the January 2022 issue of the American Journal. Mirrorissued by the University of Chicago on behalf of Medieval Academy of America.

A “difficult, but far from impossible” ritual

Scientists, including a historian of medical sciences and a professor of medicine and neurology, this time give a solid answer to the question posed: yes, the Vikings could, technically speaking, engage in such a practice, with a few close details. “Based on modern knowledge of anatomy and physiology, as well as a careful review of nine medieval accounts of the ritual, we investigated the effects of the bloody eagle on the human body. We found the procedure itself to be difficult but far-reaching. from the impossibility of performing, even with the technologies of the time”– the researchers write in an English article published on the website Conversation. 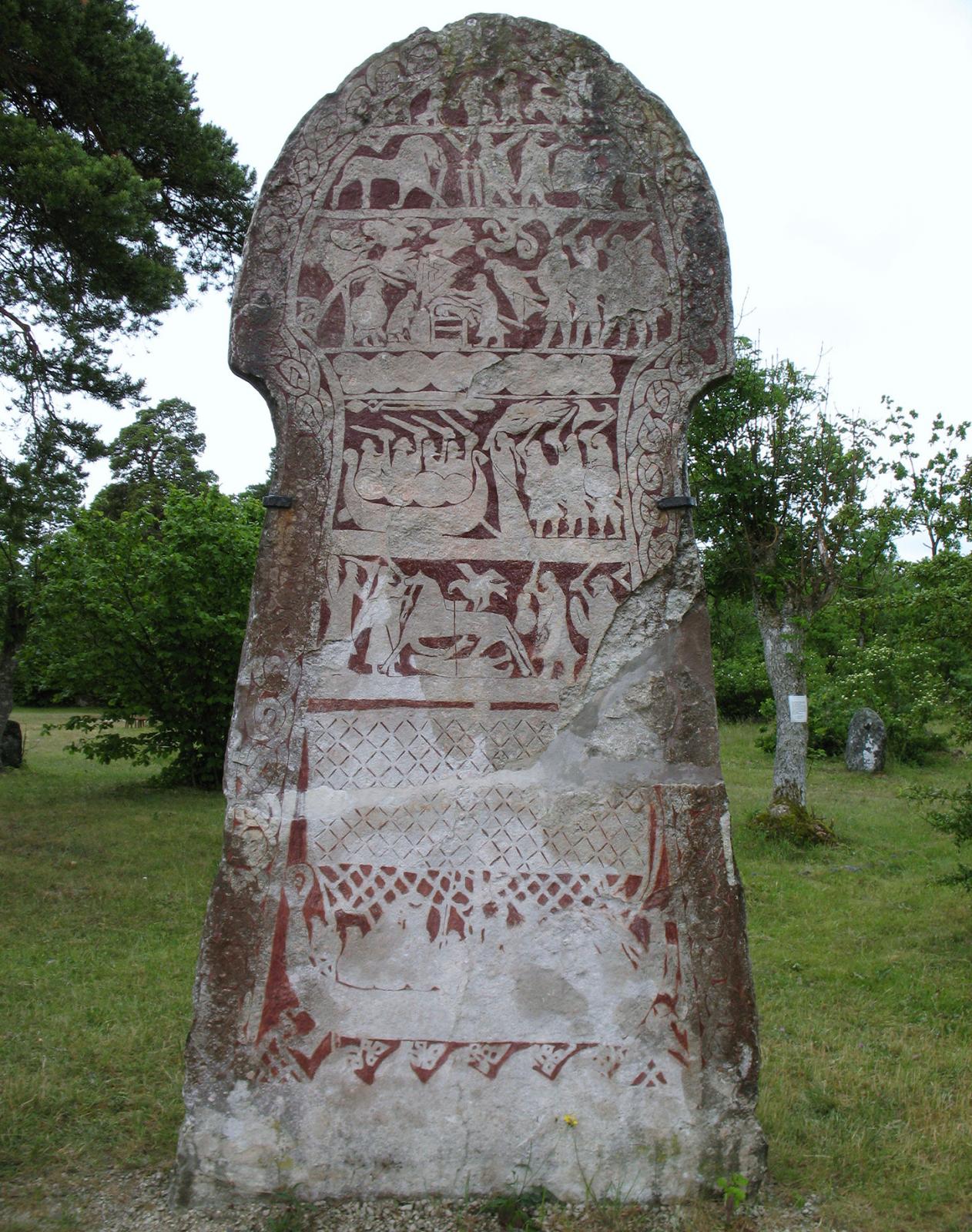 The upper part, one of the Stora Hammars stones, located on the island of Gotland, Sweden, may depict, in the second row from the top, the performance of the Blood Eagle Ritual. Below is a diagram of the interpretation of the team led by Luke John Murphy. Credit: Wikimedia Commons (above)/Luke John Murphy-University of Iceland

Experts believe that a particular type of Viking spearhead may have been used as a makeshift tool to quickly “open” the chest from behind. “Such weapons, in particular, may appear on a stone monument discovered on the Swedish island of Gotland, in a potential more global representation of the bloody eagle.” But their research showed that even if the ritual had been carefully performed, the victim would have died very quickly after the back was slashed. “Therefore, any attempt to turn ribs into ‘wings’ and place lungs in them would have been done on a cadaver. This last “flapping of the wings” would not have happened.researchers say.

Nevertheless, the authors believe that the Vikings would not have objected to mutilating corpses in a ritual setting, although such a practice was probably unusual. “They weren’t completely atypical of the warrior elite of the Viking Age”they assure, recalling that the latter without any doubt exhibited the corpses of people and animals during rituals, including during executions. “We argue that any historical blood eagle (…) would have been used to secure the social status of the ritual sponsor following the prior ‘bad death’ of a male relative at the hands of the ritual victim.”– concludes the team.

“Therefore, contrary to conventional wisdom, we argue that the Blood Eagle could very well have happened in the Viking Age. It was physically possible, conformed to wider societal mores regarding execution and the handling of corpses, and reflected a cultural obsession with displaying one’s honor and prestige.” It should be remembered that these are the works of only one group, but they have the merit of shedding new light on a long-standing question that is still being debated.