The last surviving members of the Hojo clan are persecuted by the new authorities. Ogasawara Sadamune, the governor of Shinano, takes this opportunity to try to overthrow Suwa Yorishige and gnaw away at his territory. The young Tokiyuki Hojo, hidden by the master of the Suwa Shrine, takes the opportunity to work on his abilities. Archery, infiltration, escape and village defense await our young samurai gifted in evasion and concealment. These adventures complete the team of our hero, who is now called the Elusive.

Obstacles that arise are solved not by force, but by strategy. The juxtaposition of tactics and knowledge is central to ensuring victory. The solution to the problem rarely involves one-on-one combat, as shown in the village defense in volume three, which is based on controlling and distributing the allies present.

In addition, Tokiyuki and his team have a wide range of abilities that provide many possibilities. These include Ayako’s brute strength, Shizuku’s mastery of the arcane arts, and Genba’s art of illusion. These combined forces allow you to create original plans that destabilize opponents and compensate for the hero’s weaknesses. Real teamwork is set up and each character has a role to play. Some are more useful in direct confrontation, but others shine more outside of combat through intelligence gathering or infiltration. Rookies add skills to the team and have their own specifics. 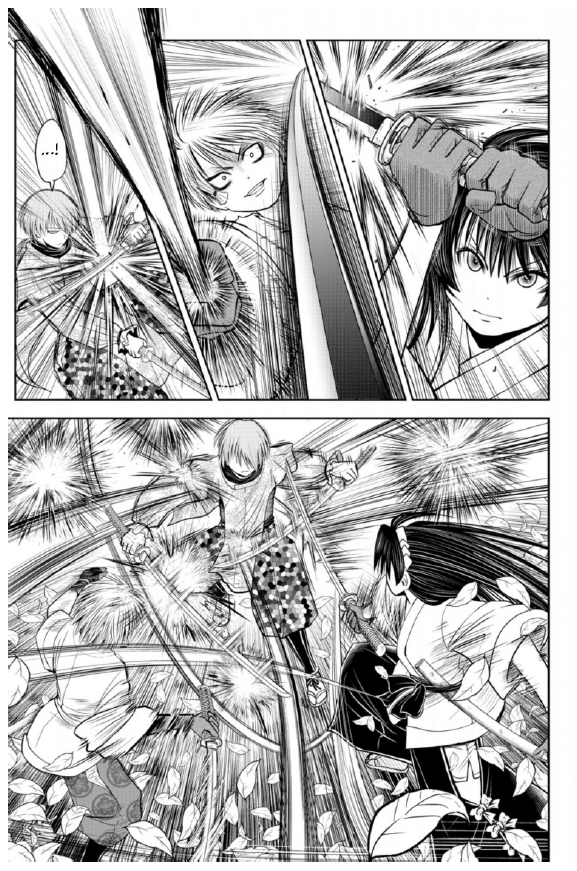 This sequel reveals new information about the characters, deepening their construction. We unlock new abilities in Tokiyuki, such as agility and flexibility. The hero has many strings on his bow to win. He does not rely solely on his gift for evasion and concealment, even if those skills continue to characterize him.

The third volume also reveals Yorisige’s flaw, which is a limitation for the rest of the plot. The latter, so visionary, turns out to be disoriented without his gift. Indeed, Yorisige, who usually seems confident, not for long. His fear, represented by his expressions and words, can be disturbing to the reader. It’s disconcerting to see a character who is always one step ahead of others like the scared Yorisige. But such a situation allows the hero to assert himself and make decisions on his own, which demonstrates the achievement of self-confidence. He no longer suffers from what is happening and takes the lead, thereby testifying to his evolution. 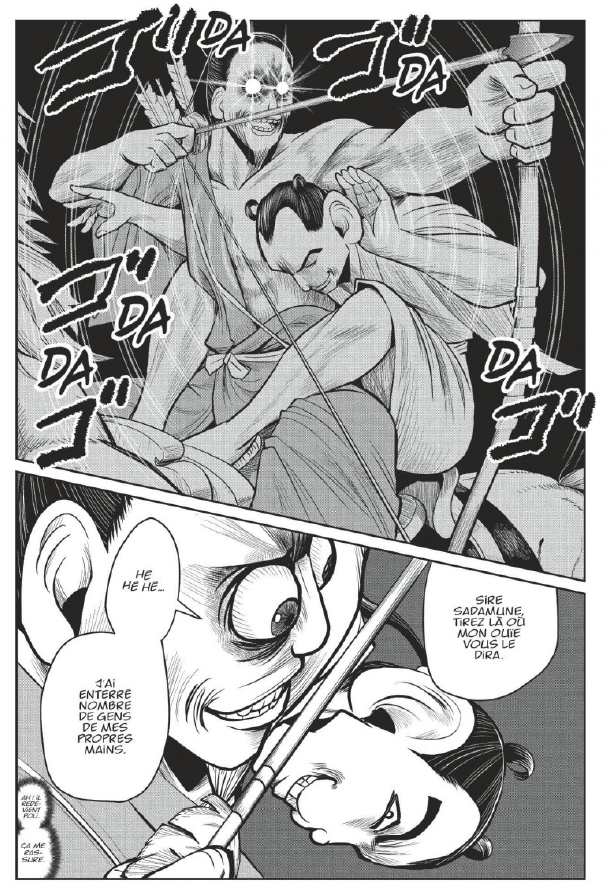 Even if some of the boards are cluttered and the design of Les Insaissables is quite classic Yusei Matsui demonstrates real technical skill in terms of drawing. Real work has been done on the feudal Japan scenery, and the warriors’ costumes are beautifully detailed. The mangaka also pays great attention to the choreography of Tokiyuki’s movements. The action scenes are also very moving, as evidenced by the archery showdown, where the horses are very well drawn and the scene is dynamic. As for exaggerated expressions, they make certain characters look funny and make people laugh. They also emphasize the menace and qualities of our young hero’s enemies, such as Ogasawara Sadamune’s overly bulging eyes, which emphasize his hawkish gaze. 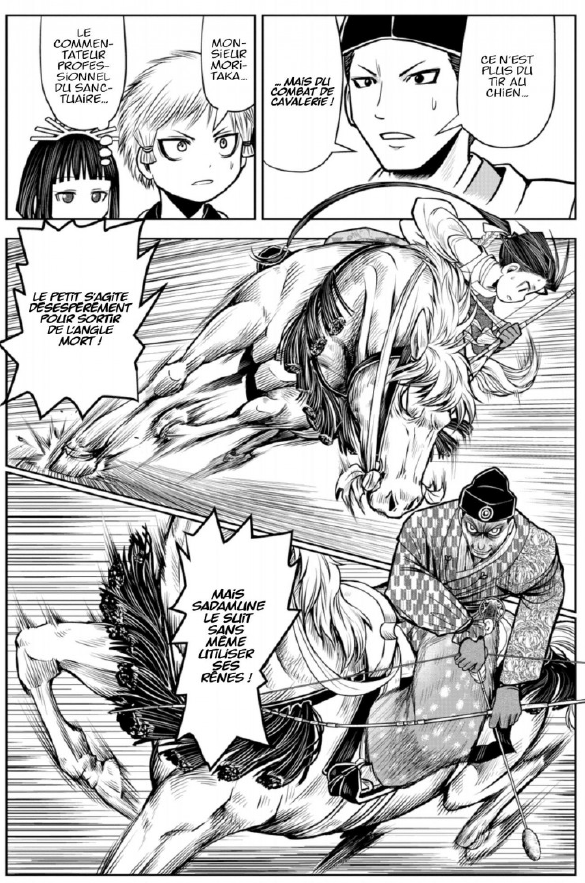 The elusive samurai it’s a readable shounen that relies on tactics rather than brute force. Situations are defused by different methods, which lead to different developments. The dynamic between the members of Les Insaissables works well and makes for some interesting teamwork. Visually, Yusei Matsui confirms his talent and experience. The elusive samurai is a mockumentary parody of the samurai code of honor that combines humor, history and drama.

This article remains the property of its author and may not be reproduced without his permission.